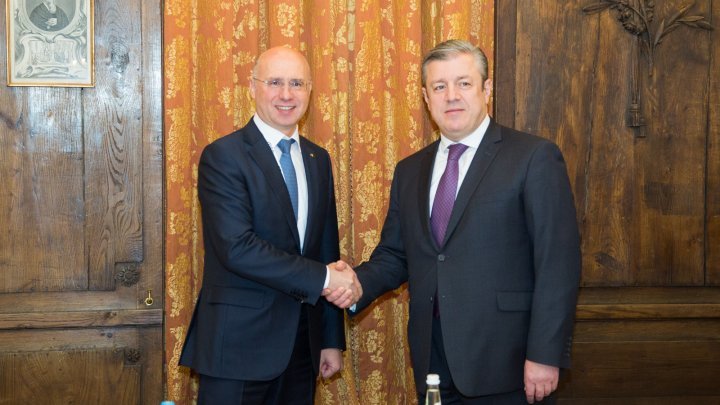 The parties have appreciated the cooperation between the states in term of European integration, remarking that Republic of Moldova and Georgia have common aim in relations with EU. Moldova's Prime Minister has accentuated that experience exchange in key areas, including within the Eastern Partnership, will contribute to successfully realize the obligations both countries took upon themselves.

Pavel Filip also mentioned the importance to increase the trade potential, accentuating on creating mixed companies and attract Georgian investors in the national economy through the facilities offered within the free trade zone and industrial parks from Moldova. The two Prime Minister have confirmed the interests to organize in Chisinau the second sitting of the Moldova- Georgia intergovernmental Commission for trade collaboration.

PMs Filip and Kvirikashvili have also exchanged opinions regarding the regulation of territorial conflicts from the two countries. The parties have also expressed their interest in developing a mutually beneficial collaboration within Organization for Democracy and Economic Development, the organization where Moldova gained presidency last year. At the end of the meeting, Georgian PM confirmed the intention to perform an official visit to Moldova this year.