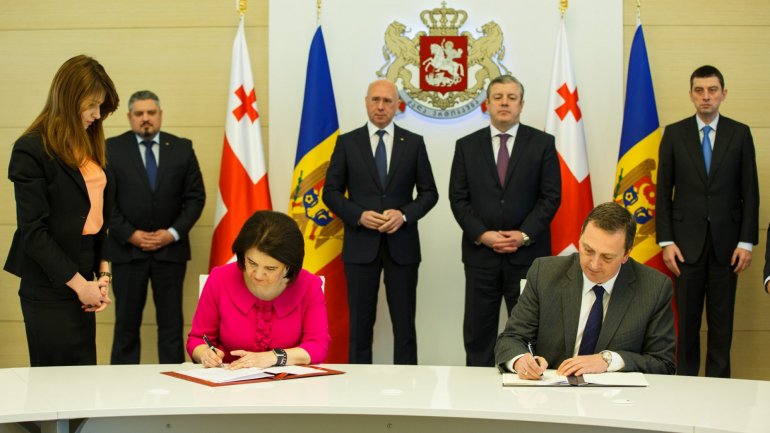 Republica Moldova and Georgia have signed today an Agreement to consolidate bilateral relations. The ceremony was attended by Prime Ministers Pavel Filip and Giorgi Kvirikashvili.

To support business collaboration between the two countries and stimulate economical investment, a Convention was signed to avoid double taxation and prevent tax evasion, on the income.

In this context, Pavel Filip and Giorgi Kvirikashvili have remarked the active dialogue among businessmen from two countries, including the participation of 27 companies from Moldova at the "Tbilisi Belt and Toad Forum 2017". The two officials have also announced that next year, in Chisinau, will be organized a similar event for entrepreneurs from Moldova and Georgia.

At the same time, collaborations in the culture area between Moldova and Georgia will intensify. For this a cooperation Program will be signed between the Ministry of Education, Culture and Research of Moldova with Ministry of Culture and Monument Protection of Georgia for 2018 - 2021. The document foresees interuniversity relations consolidation, encouraging students and teachers to participate in European programs for research and innvation.

At the moment, the Governments of Republic of Moldova and Georgia have signed over 30 bilateral Agreements of collaboration in various fields.