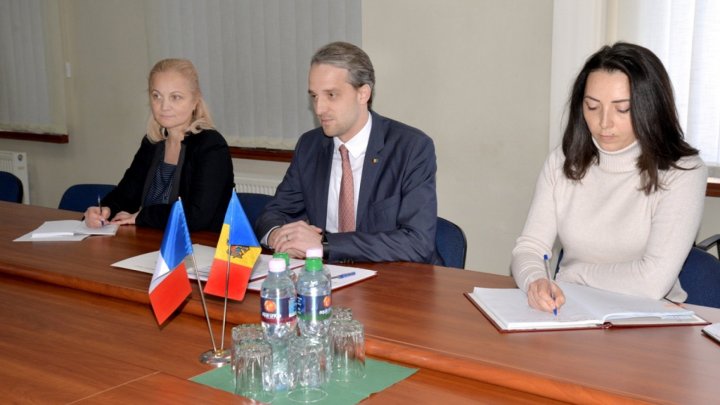 Cooperation between Moldova and France in terms of defense were discussed today during a meeting between Defense Minister Eugen Sturza and Ambassador of France to the Republic of Moldova, Pascal Le Deunff.

Minister of Defense has informed the French officials of the institution's priorities for 2018.

Here, Eugen Sturza explained the strategic and legal framework in the defense area, by elaborating and approving the National Defense Strategy and Military Strategy. Those documents were elaborated within the first phrase of the Defense Capacity Building Initiative (DCBI), with the support of NATO exports. For the implementation of the second phrase of DCBI, Moldova's Armed Forces wished to enhance its military capabilities.

At the same time, Minister Sturza mentioned that another important aim in 2018, for the Defense Ministry, constitutes the wish to increase the number of soldiers in the KFOR operation and other peacekeeping operations.

Eugen Sturza also underlined the institution's effort to train soldiers and civilians personnel according to the newest practices.

Therefore, Minister Sturza expressed his gratitude toward France for the logistical and financial assistance, for the development of a Linguistic Center within the Military Academy “Alexandru cel Bun”, assisting Moldovan soldiers in French military institutions and the cadets training from both armies within Military Academies from Republic of Moldova and France.

In his turn, Pascal Le Deunff claimed that France is interesting in developing and strengthening military bilateral cooperation, especially in the area of linguistic training and participation in peacekeeping operations.