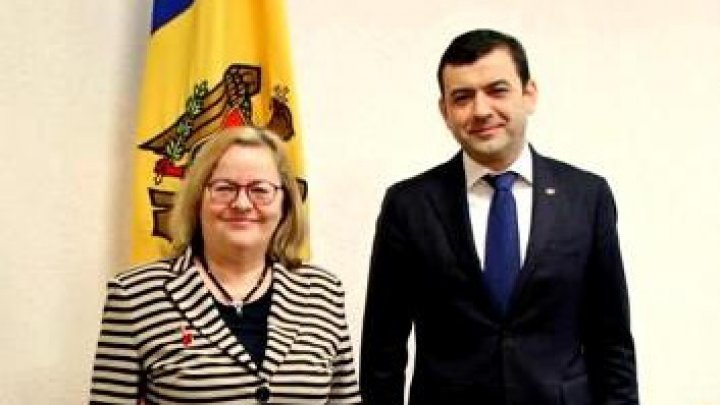 Minister of Economy and Infrastructure, Chiril Gaburici and Austria Ambassador to Moldova, Christine Freilinger spoke on strengthening bilateral relations between Republic of Moldova and Austria.

During the meeting, the officials mentioned the necessity to develop bilateral cooperation on implicating women in all economic fields, including the IT, as well as support projects of young entrepreneurs. At the same time, both parties highlighted tourism as a favorable sector for unfolding common projects.

Chiril Gaburici mentioned that Moldova wishes for collaboration with Austria on the seven areas the Ministry of Economy and Infrastructure prioritizes.

„We are open to develop common investment projects in various areas of the national economy. Among the priorities for 2018 is developing the road infrastructure, energy sector, attracting investors, as well as the IT field. Here, collaboration with foreign partners, attracting foreign investments by offering opportunities and free trade zone, as well as industrial parks are the Government's main aims" Minister Chiril Gaburici said.

Christine Freilinger mentioned that Austria wants to strengthen the cooperation with the European countries, especially with Republic of Moldova, in order to promote the investments in our country. In this sense, the specialists will analyze the all investments opportunities. At the same time, the Ambassador mentioned that Austria could offer technical assistance to train the persons in tourism sphere, so we will develop the culture and tourism. Also, Christine Freilinger said that Austria is ready to train the women who want to release an affair.

In this context, the minister of Economy and Infrastructure specified that he supports Austria in organizing the common quorums and the women involvement in business sphere.