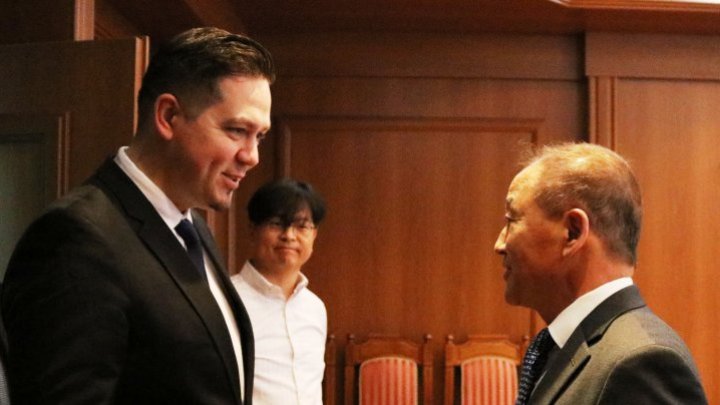 Within the meeting, Tudor Ulianovschi and Lee Yang-Goo exchanged views on current state of bilateral relations and agreed to intensify its political dynamics at high level.

The officials also mentioned the needs of economic-trade cooperation and extension cooperation in cultural-humanitarian fields.

The head of Moldovan diplomacy appreciated the work of Ambassador Lee Yang-Goo during his term of office, "which was aimed at deepening and strengthening the good friendship relations in both states, as well as exploiting the potential of Moldovan-Korean cooperation", according to a press release press from the Ministry of Foreign Affairs and European Integration.

In this context, Minister Tudor Ulianovschi expressed gratitude for the technical and financial assistance provided to the Republic of Moldova in several projects financed through the Korean Agency for International Cooperation (KOICA).

Interlocutors also discussed a number of projects to be developed in the future, especially aimed at attracting Korean investments in various socio-economic and cultural areas of the Republic of Moldova, etc.

In the context, the Seoul diplomat said that the Korean side, through Smart Farming technology, can assist Moldovan farmers in creating a functional system for assessing climatic conditions, analyzing the environmental impact on agriculture, livestock, etc.

Ambassador Lee Yang-Goo said that the authorities in Seoul are interested in developing political dialogue, commercial, economic, cultural, educational relations with the Republic of Moldova and are willing to come up with new projects in our country.