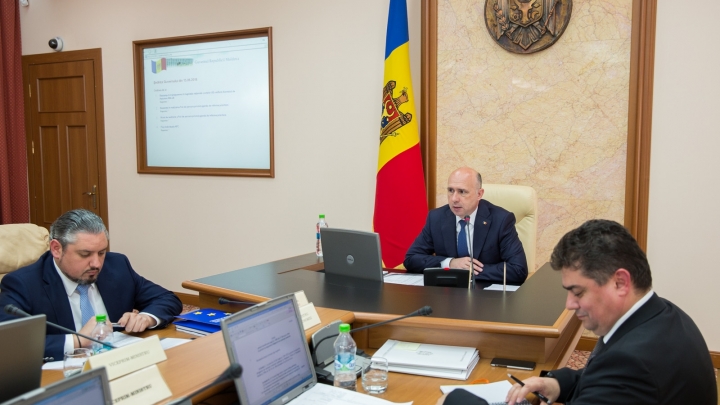 A meeting of cluster I, Economic dialogue, public finance management, statistics, financial services, control and anti-fraud clauses, of the EU-Moldova association sub-committee on economy, social and sectorial issues will take place in Chisinau on 23 June 2016. The issue was discussed at a meeting of the Governmental commission for European integration of 15 June 2016, chaired by the Prime Minister Pavel Filip.

The responsible institutions, among which the ministry of Economy and ministry of Finance reported on the level of preparation of Moldovan authorities for the meeting in the context of efforts for restoring the trust of citizens and development partners of Moldova.

Also, they considered the results of a meeting of the EU-Moldova joint committee, set up under a Common Aviation Area Agreement, held in Brussels on 8-9 June 2016. Thus, a report unveiled by the ministry of Transport and Road Infrastructure, as well as by the Civil Aviation Authority, was analyzed.

Also, the participants in the meeting analyzed the evolution of implementing the roadmap on the reform agenda, reviewing the actions, as well as the arrears in implementing the provisions of the document.

Pavel Filip reminded that the deadline for meeting the commitments seen in the roadmap is 31 July 2016, and the responsible persons who will not carry out the tasks would be sanctioned. The Premier also warned the state institutions that the roadmap was to be carried out along with the national plan on implementing the Association Agreement, and demanded the responsible institutions to strictly monitor the process.