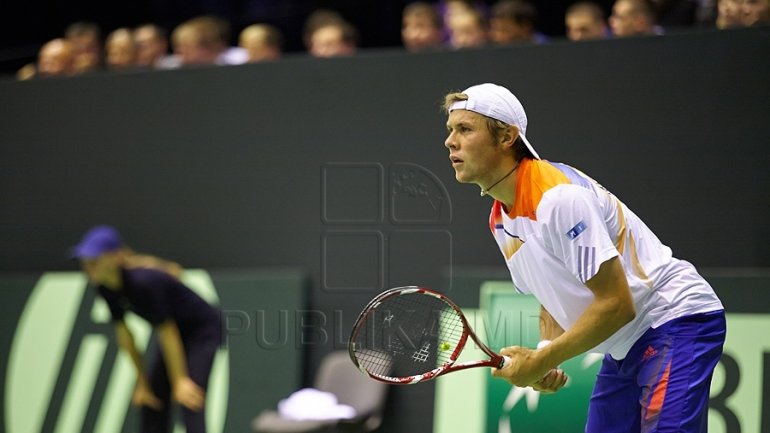 Moldavian tennis player eliminated from the ATP tournament in Sofia. Our player has been defeated in the pre-quarterfinals by David Goffin, the second favorite in the contest and the eleventh in the worldwide raking.

The Belgian player has awarded himself with the first set by 6-2 and led in the second set.

Radu did not give up and won with a tie break of 7-6 and the qualification was disputed in the third round.

Goffin led with a score of 6-3 and ensured his presence in the quarter finals.

Radu Albot in currently the best national tennis player of Moldova and the 92nd in the worldwide ranking.