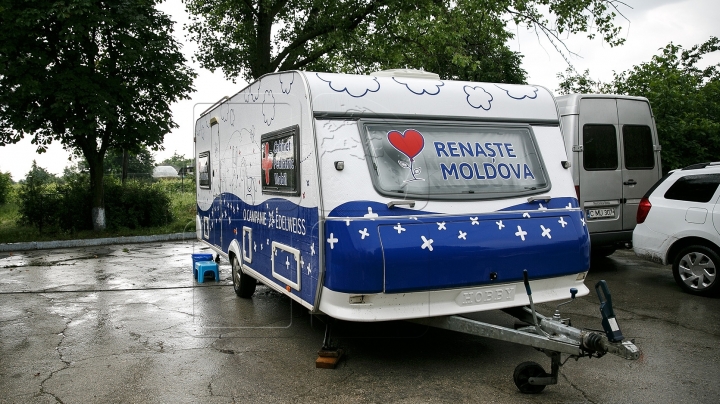 The pediatricians continue their mobile  around the country in the framework of the campaign “Moldova’s Rebirth”, initiated by Edelweiss Foundation, and examine for free children from villages. Today the mobile office came to Iarova village from Soroca district, where tens of parents got the chance to bring their children to physicians. For some of them, it was the first chance to pass and ultrasound exam.

The parents were very grateful that their children had received professional medical care. They say that is very difficult to go to Soroca or Chisinau for a medical check-up.

“In order to pass a medical check-up, you have to go either to Soroca or Chisinau, and we don’t have money”.

“It is very good that they came here, it would be better if they come a few times per year, two or three times, because children are very ill”.

“I am thankful that doctors came to our village, we would like for it to be more often. We have here doctors, but are just a few”.

The physicians say that the children need periodical check-ups and particular care.

“We have found many serious illnesses, pediatricians direct them to the Mother and Child Centre and they are consulted by specialists on tertiary level”.

The campaign “Moldova’s Rebirth” was initiated in April 2016 by Edelweiss Foundation, founded by Vlad Plahotniuc. For eight months the children from across the country receive free medical care. Until now, there were examined over 3,000 children from over 40 villages.