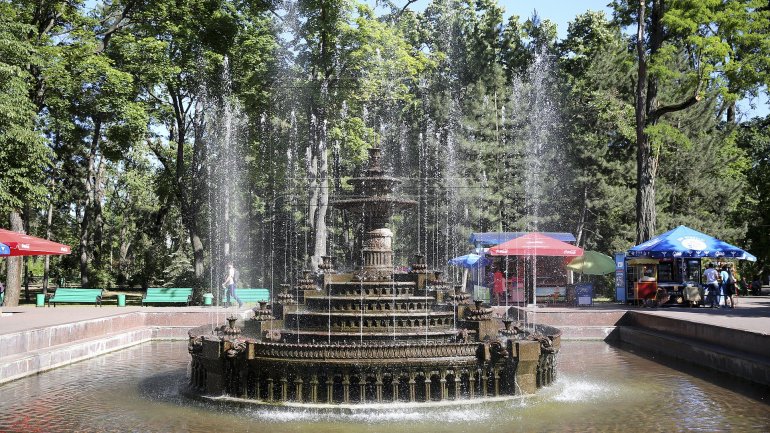 Almost no stall are left in the Ştefan cel Mare central part and Nativity Cathedral square. Economic agents have until 31st October to remove the rest of them, otherwise the stalls will be forcefully taken out. Capital's citizens claim that this idea should have been long ago implemented. Meanwhile, economic agents are unhappy with this decision and threaten to sue the City Hall.

Authorities said that they will not give up and so far, no stall was forcefully evacuated.

"This week we will try to reach a common agreement, otherwise we will take actions", deputy Mayor, Nistor Grozavu declared.

"So far there are only some Moldpress and books shops stalls remaining and just like the rest, they have until 31st October to leave. If not, we will calculate the costs to do it and make the economic agents pay for evacuation" Buiucani sector spokesman, Valeriu Nimerenco announced.

Some of them have already wrote complaints and will take this matter to court.

"I have seen those requests filled with threats and other things, typical of Chisinau. We have expected since the beginning that some economic agents will not obey and if they will try addressing the court, then let us go to the court as many times as necessary" Nistor Grozavu said.

Out of 61 stalls that were installed in the Ştefan cel Mare central park and Nativity Cathedral square, only 10 remain. Economic agents have exactly a week to evacuate, otherwise it will be done by force. The change can be seen with the naked eye and pleases most of the citizens.

"It is better from them to be removed, the different colors caused chaos, felt like we were at the central market, it is better to see the nature, clean, without those stalls. It also became more spacious and more beautiful to look around. It's better, more beautiful."

"I like it and consider this decision wise. First of all, the park now looks better. I can always walk by and there are many alternative options that can replace those stalls."

"It is more spacious, to many spots were taken."

At the end of September, PM Pavel Filip has shown his displeasure regarding how parks from the Capital looked. He requested Minister of Education, Culture and Research, to come up with a plan to protect public gardens. Later on, deputy Mayor, Nistor Grozavu signed a document to remove all stalls from the Ştefan cel Mare şi Sfânt central park and Nativity Cathedral square.

At the same time, municipal authorities have approved a new law regarding the activity of street vendors. Therefore, stall will disappear from 47 Street of the Capital, near public institution building, as well as squares, public gardens and parks.