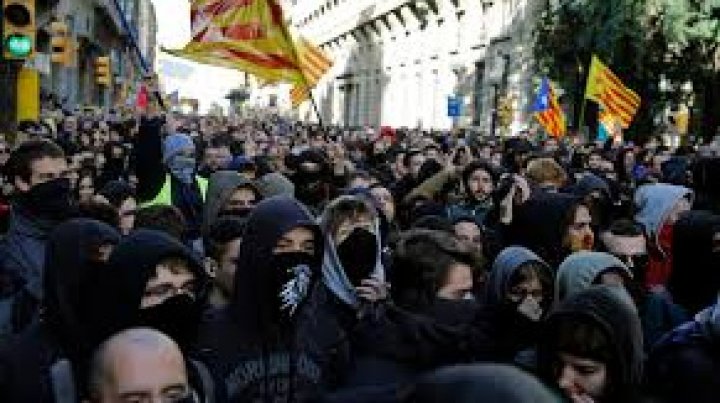 Thousands of pro-independence protesters angry about Spain's Cabinet holding a meeting in Catalonia blocked roads across the region Friday and clashed with riot police in its capital.

The Catalan regional government, formed by a coalition of pro-secession parties, is also supporting peaceful protests despite an agreement with central authorities to find a way out of the political crisis that has festered since Catalonia's failed secession attempt last year.

A crowd of mostly young protesters jeered "Go away! Go away!"