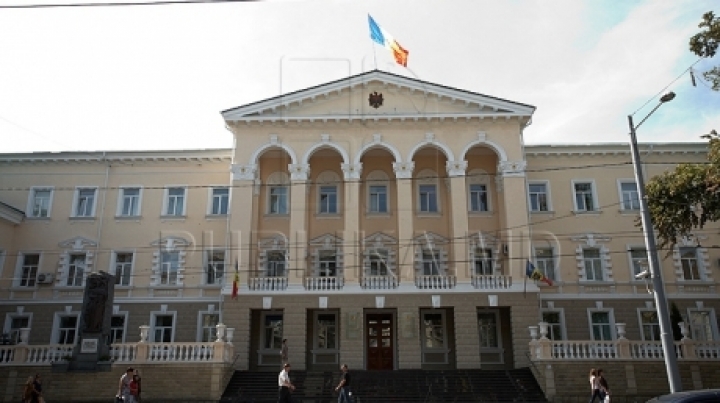 Ministry of Interior Afairs has chosen to celebrate the 25 years of Independence with a charity concert. MIA representatives took this decision because they wanted to bring joy into the lives of needy little ones. The money raised will be donated to support children who are victims of domestic violence.

Through this initiative, representatives of the Ministry of Internal Affairs have proposed to draw attention to the problem of child abuse in the family.

"Ministry of Interior knows this issue as no one else. I insisted to have a charity concert in order to raise awareness throughout society on this phenomenon, which, as I say, a negative influence not only society but the future of our children" said Minister of Interior Affairs, Alexander Jizdan.

The money was collected for the National Center for Prevention of Child Abuse. To treat a minor who was the victim of domestic violence requires up to 20 thousand lei.

"These children are helped to overcome their trauma, to trust again, to reintegrate into the society, have a protected childhood and be part of a friendlier and more harmonious family", said CNPAC PR manager, Elena Nofit.

Family abuse is a serious problem, therefore Moldovan Parliament endeavors to prevent and combat it.

"Through such activities and events, but in general, lately, by legislation changes, changes in procedures involving the Ministry of Interior, civil society involvement, at all levels are mobilizing to prevent and to combat this phenomenon" , stated Parliament President, Andrian Candu.

Viewers were pleasantly surprised by the initiative of the Ministry of Interior.

"An unexpected combination, but welcomed, because such initiatives come often when we celebrate giving" , said Culture Minister Monica Babuc.

"With great joy we always participate at this charity event. Indeed, it is a very big problem and we must be near abused children".

Moldova has over three thousand children are victims of domestic violence.