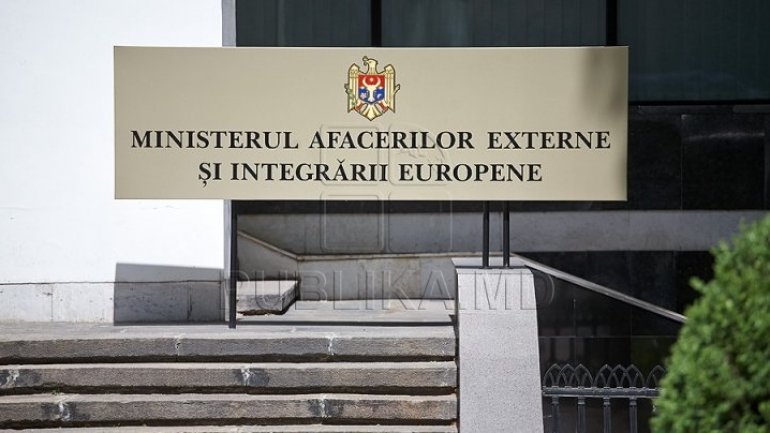 Strengthening the relations with diaspora, developing trade and consolidate the perspective for European integration. Those are the main topics Ministry of Foreign Affairs will prioritize this year. The development plan has been approached during a meeting of Minister Tudor Ulianovschi with Ambassadors and representatives of International organizations with headquarters in Moldova.

"The foreign priorities of the Republic of Moldova for 2018 foresees protecting the rights and interests of our diaspora abroad. Simplifying the consular services, initiating some bilateral agreements favorable for our diaspora in terms of social insurance" Minister of Foreign Affairs, Tudor Ulianovschi said.

Tudor Ulianovschi mentioned that he wishes for a new approach in the relations with foreign partners: "We will strive to consolidate our European integration perspectives based on a coherent, concrete and inclusive approach. We will input all efforts to develop our economic diplomacy in order to fully integrate into the world trade system."

Heads of missions have expressed their interest in Moldova developing more dynamic. They have already established official visits for the maintenance of bilateral collaboration.

"I believe that we all have a very good first impression. We are happy to collaborate and see those reforms through, to improve international relations. I have known the new Minister for 2 - 3 years. I believe him to be very capable" United States Ambassador to Moldova, James Pettit said.

"In the near future political consultations among deputy Ministers will be held, afterward, we offer a visit to the Ministry of Foreign Affairs from Ukraine and perhaps in the first half of this year we plan a visit for Republic of Moldova's Prime Minister to Ukraine" Ukraine Ambassador to Moldova, Ivan Gnatîşin said.

Only Russia Ambassador to Moldova, Farit Muhametșin, did not attend the event, as he did not answer to the invitation.