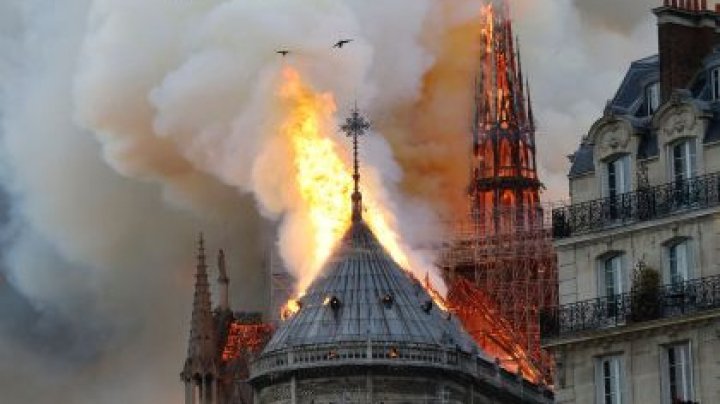 We are deeply sad to know this historic monument was destroyed, said representative of the Ministry of Foreign Affairs and European Integration of the Republic of Moldova (MFA).

A major fire has engulfed the medieval cathedral of Notre-Dame in Paris, one of France's most famous landmarks.

"We hope that the monument will be rebuilt soon so that we can enjoy its beauty again whenever we visit Paris", quoted the message of MFA.

The 850-year-old Gothic building's spire and roof have collapsed but the main structure, including the two bell towers, has been saved, officials say.

President Emmanuel Macron called it a "terrible tragedy". The cause of the fire is not yet clear.

Paris prosecutor's office said it had opened an inquiry into "accidental destruction by fire". A firefighter was seriously injured while tackling the blaze.

Visibly emotional, Mr Macron said the "worst had been avoided" and vowed to launch an international fundraising scheme to rebuild the cathedral.