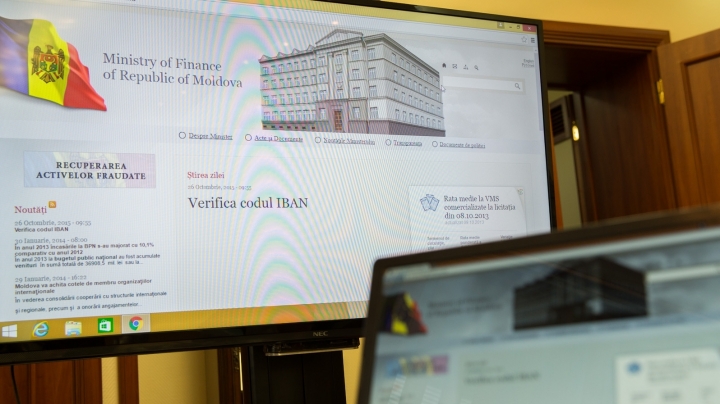 Moldovan citizens could follow the reclaiming process of money from the three banks, Banca de Economii, Banca Sociala and Unibank, on a banner placed on the official website of the Ministry of Finance - www.mf.gov.md.

The banner “Reclaiming of Stolen Actives” was presented today at the meeting of the permanent committee of monitoring of high social interest cases.

The banner will contain the information regarding the reclaiming of stolen actives, which will be updated monthly, on compartments: reclaimed sums, repayment of emergency credits and process of actives realization. The information will be presented for each bank.

The banner could be accessed starting with Monday, 20 June 2016.

The permanent committee of monitoring of high social interest cases was formed at the initiative of the prime minister Pavel Filip, for the insurance of interaction between the state institutions, for the effective and operative management of the big cases and identification of solutions for their overtaking.

The committee meeting was attended by the administration of Ministries of Finance, Justice, Internal Affairs, General Prosecutor’s Office, Security and Information Service, Anticorruption National Centre, National Bank and the liquidators of the three banks.