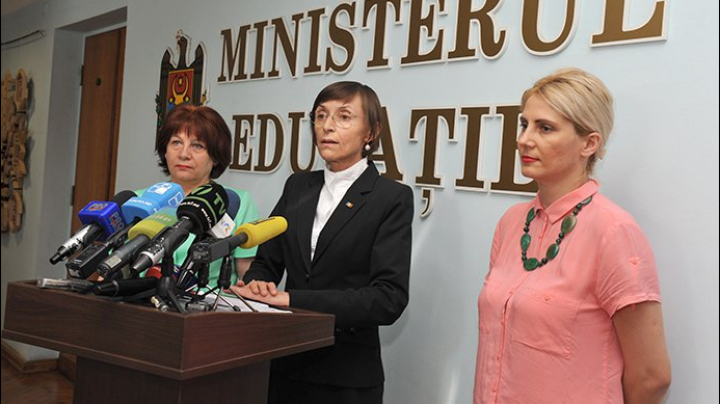 Minister of Education, Corina Fusu, said at a briefing that, on September 7th a regulation to avoid attempts to collect money for teacher, managers, local educational authorities, parents was issued.

At the same time, Fusu said that school is not allowed to organize groups or classes with hours of meditation, and the conduct of private lessons is strictly prohibited. Also institutions with no parents associations cant collect money for the school fund, class fund or other organizations. Creating associations is only the desire and initiative of parents, and joining them is voluntary. "To act within legal associations must be registered with the Justice Ministry or local government bodies," the minister said.

In this context, Corina Fusu said that "managers and teachers can collaborate with associations, but in no way may require parents to raise money for school needs or personal ones. There are no laws that would admit or recommend collecting money for purposes other than those provided for by law".

To prevent such cases, the Ministry of Education and the National School Inspectorate will perform unplannes inspections in schools and kindergartens in the country during the months from September to October.

From 2015 until today, threee requests for illicit money collectionwere submittet the National School Inspectorate. Also, similar cases have been reported in the press and on the Internet.