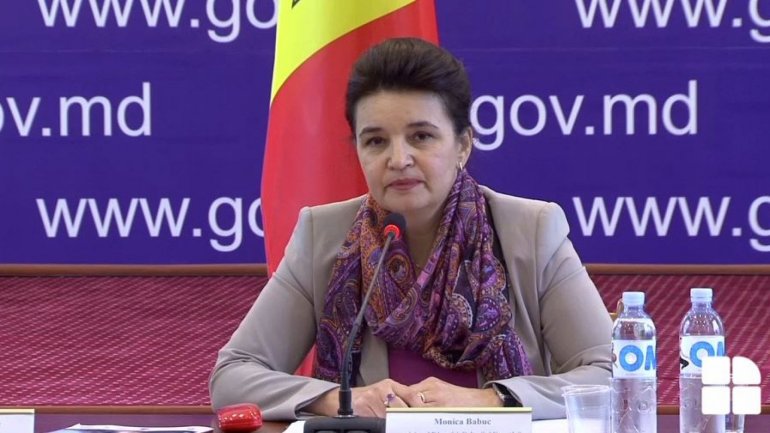 Child abuse has became an active topic for authorities. Ministry of Education, along with Ministry of Internal Affairs and Ministry of Health held today a briefing on the subject.

They have presented data regarding the number of registered child abuse cases and spoke about ways to prevent it.

Minister of Education, Culture and Research, Monica Babuc has declared that after the discovery of sexually abused pupil case, the boarding school he attended was searched and they managed to discover various breaches. According to the Minister, searcher were performed upon not only the administration, but also the employees, as well as the way the institution worked.

"We feel that it is our duty to offer additional information to the people. To make it clear that both the Ministry of Education, Culture and Research, under whose jurisdiction the boarding school was, as well as our colleagues from other Ministries are responsible to take care of child abuse. [...] We have investigated the institution responsible for the sexually abused child and have found breaches made both the administration and the employee's. First of all, the institution has not registered a single case of child abuse, but rather of violence among pupils. Following, the press discoveries have also given an insight to what truly happened there" Monica Babuc said.

According to Babuc all institutions responsible for such cases have united and collaborated in the investigation.

In his turn, Minister of Health, Labor and Welfare, Stela Grigoraş declared that due to reforms in the field of social protection from the last few years, the numbers of reported child abuse cases grew.

"By creating alternative services and better conditions to reintegrate children within families, we also brought a better child protection system. [...] We have also started a collaboration among people activating in said field from different sectors. This caused more child abuse cases to be brought to light. [...] With the help of civil society, we have managed to instruct teams, starting 2014, on regional level. As a result, in 2014 - 1817 cases were registered, in 2015 - 3091 cases and in 2016 - 3438. I underline that the raise of such cases does not mean that the abuse became more frequent, but actually indicates the efficiency of the specialists in discovering it. They can already notice the slightest hints of abuse. The system has also became more trusted" Stela Grigoraş stated.

According to the Ministry of Internal Affairs, Alexandru Jizdan, the cases of crimes involving children has also considerable decreased in the past few years.

"During 2016 - 2017, we have noticed a decrease in crimes involving children. If 2015 resulted with 1334 cases, this year, the number is of only 897 cases. Grievous bodily harm has decreased by 6 times, domestic violence by 4 times, child traffic by 2 times and thefts also, by 2 times" Alexandru Jizdan declared.

Minister of Internal Affairs has also mentioned that among the services used to prevent child abuse, counts the online platform internetsigur.md that is meant to ensure internet safety for children and teenagers, but also the inclusion of obligatory subject "Legal actions of protecting and assisting children", at "Ştefan cel Mare" Academy.