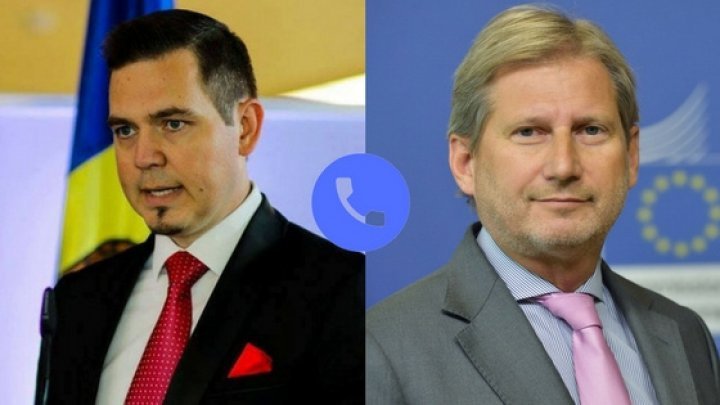 Minister of Foreign Affairs and European Integration, Tudor Ulianovschi, has spoken over the phone with European Commissioner for Enlargement and European Neighborhood Policy, Johannes Hahn.

The two officials have discussed the reform agenda, the progresses in the implementation of the EU Association Agreement, according to the Action Plan, through better coordination on a national level.

At the same time, the importance of deepening the relations between Republic of Moldova and European Union were mentioned, as well as the development of a strategic communication regarding the benefits European integration will bring and intensification of the dialogue between European and Moldovan authorities.

For this purpose, it was decided that Minister Ulianovschi will perform an official visit to Brussels on February 13 - 14.