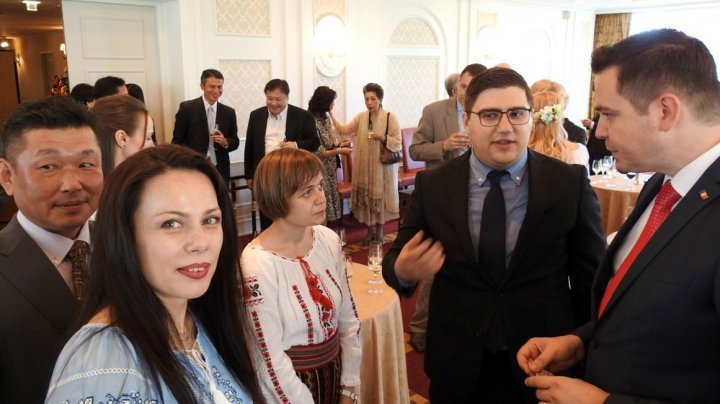 On a working visit to Japan, Minister of Foreign Affairs and European Integration, Tudor Ulianovschi, met in Tokyo with a group of Moldovans living or studying in Japan.

During the dialogue, the head of the Moldovan diplomacy reviewed the main actions taken by the Moldovan Government in the process of reforming and modernizing the country on all its dimensions. Referring to the country's support, Minister Ulianovschi stressed that this is one of the basic objectives in the work of both the Government and the Ministry of Foreign Affairs and European Integration.

In this context, Minister Tudor Ulianovschi spoke about the organization of the Diaspora Days, which will take place between 17-19 August, in Chisinau, under the patronage of the Government of the Republic of Moldova, and the main objectives of this meeting.

Head of Moldovan diplomacy stressed that through his performance in the country of residence, our fellow citizens contribute to the promotion of the image of the Republic of Moldova, the development of bilateral relations, especially of the social-cultural ones.

"During the discussions with representatives of various Japanese companies, we were pleasantly surprised by the valuable appreciation of our citizens employed in their various subdivisions. "said Minister Tudor Ulianovschi.