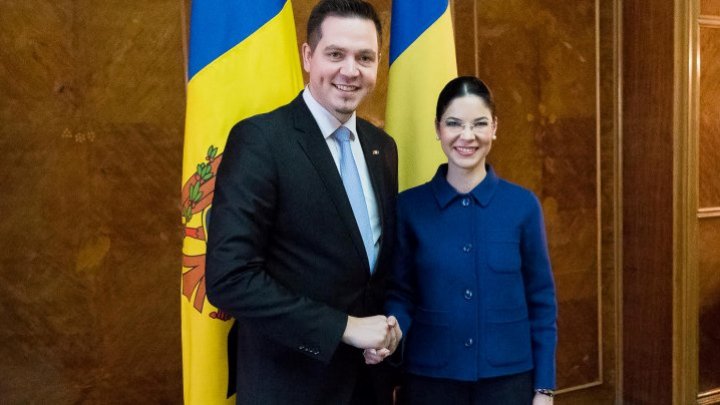 The two officials have discussed bilateral and European cooperation between Republic of Moldova and Romania.

Appreciating the rich experience in issues regarding the European integration of Ana Birchall, the Minister has spoken of our country's current stage with European Union.

He confirmed that Republic of Moldova will continue implementing reform and adjusting institutions to fit European standards, as stated in their assumed obligations.

Speaking of bilateral cooperation, Tudor Ulianovschi expressed his gratitude toward the Government of Romania for the assistance offered in Republic of Moldova's development, including launching joint projects in various fields with a strong social impact.

The officials have exchanged opinions regarding the strategic Partnership, which was the base for cooperation between the two countries over the past decade and spoke of perspectives of the bilateral dialogues, that this strategic instrument offers.