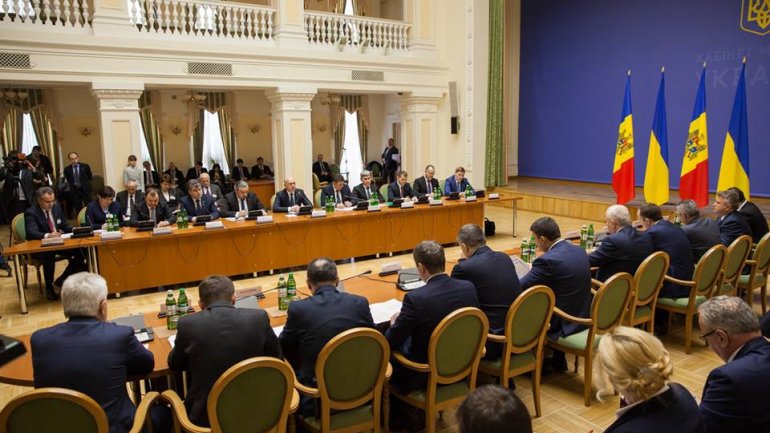 A governmental delegation headed by Prime Minister Pavel Filip, along with the Minister of Internal Affairs Alexandru Jizdan and Head of Border police, Fredolin Lecari, is in an official visit to Kiev, Ukraine, today, February 13th.

Thus, this morning, the Protocol between the Department of Border Police of the Ministry of Internal Affairs of Moldova and the State Border Service Administration of Ukraine, the contact points on the Moldovan-Ukrainian state border has been signed.

The event was attended by the head of the Border Police, Fredolin Lecari and the head of border authority of Ukraine, Viktor Nazarenko.

The protocol was signed under the National Action Plan on the implementation of the Association Agreement EU-Moldova,  establishment of contact points on the border of the Moldovan-Ukrainian and exchange of information regarding the security of their common border, national security, public order, economic well-being of States in order to prevent and fight against organized cross-border crime.

Publika.MD recalls that the Minister of Internal Affairs, Alexandru Jizdan will have a bilateral meeting with his counterpart, Arsen Avakova, today, February 13th, to Ukraine, in which will be addressed issues of bilateral cooperation and identify new dimension of home affairs cooperation opportunities.