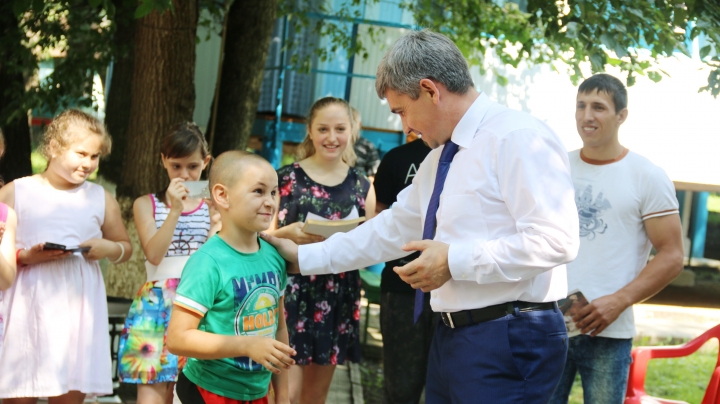 Minister Alexandru Jizdan has visited today the children who are spending their holiday at the Rehabilitation and recreation centre of the Ministry of Internal Affairs in Vadul lui Voda.

The holiday is one of the biggest children’s joys, and the possibility of spending the holiday in a summer camp was always a happiness leaving great memories from childhood.

Every year, at the beginning of the summer is organized the holiday of children of internal affairs system employees in the Rehabilitation and recreation centre of MAI in Vadul lui Voda.

In order to see how the holiday is going, in which activities are children involved, and how content are they of the organization of these summer camps, the minister of internal affairs Alexandru Jizdan has visited today, 30 June 2016, during which he had received a lot of smiles and laughs from children.

In this context, the children have showed a recreational programme, thus the minister Alexandru Jizdan has assisted to contests of poetry, songs and games.

The children were delighted of the minister’s visit, having various discussions about the time spent in summer camp, their hobbies, some of them even inviting the minister in their rooms.

The minister was surprised by the fact that some children read during the summer holiday.

At the same time, Alexandru Jizdan has wished all kids a great summer holiday, with many friends and a lot of great impressions.

Over 320 children of MAI employees, with the age between 7 and 14 years, benefit from a holiday full of interesting activities in the summer season 2016.