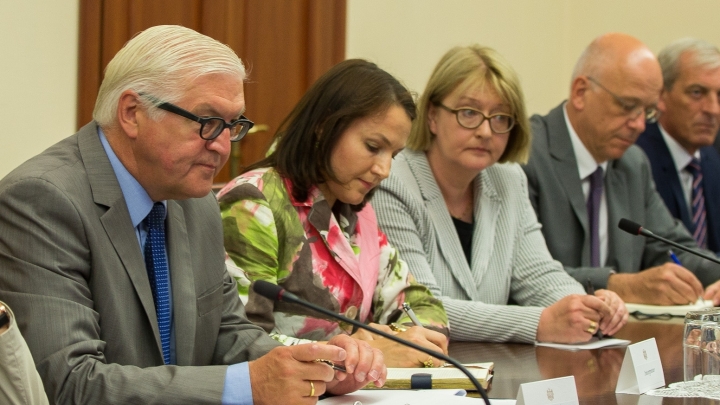 German Minister of Foreign Affairs, Frank-Walter Steinmeier, who is also Chairman-in-Office of OSCE, welcomes the progresses registered by the Chisinau Government. The German official encourages our authorities to continue the reforms in order to advance in the European integration process. The appreciations were done during a joint press conference with prime minister Pavel Filip.

The German Minister of Foreign Affairs encouraged the Moldovan Government to profit from all possibilities offered by the Association Agreement with European Union.

According to prime minister Pavel Filip, the visit to Chisinau of the German minister is a good sign for our country, intended to encourage the continuation of reforms.