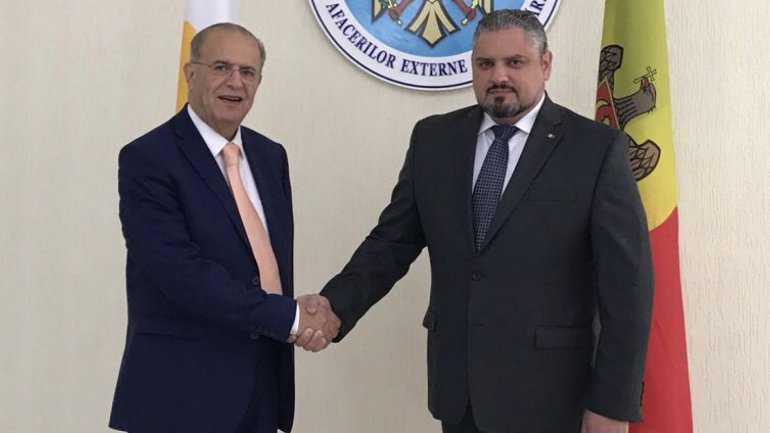 The two have spoken about supporting each other in maintaining the two countries territorial integrity. At the same time, they have also discussed about the European Integration collaboration between the two states, underlining the importance of Cyprus in the reforms and modernization of Republic of Moldova.

The Ministers have also brought up the topic to strengthening the legal framework, namely the necessity to finalize agreements in the field of justice and the rule of law, social security and the recognition of academic diplomas.

Minister Andrei Galbur mentioned once again the objectives behind Republic of Moldova's demand at the 72nd session of the United Nations General Assembly at New York.