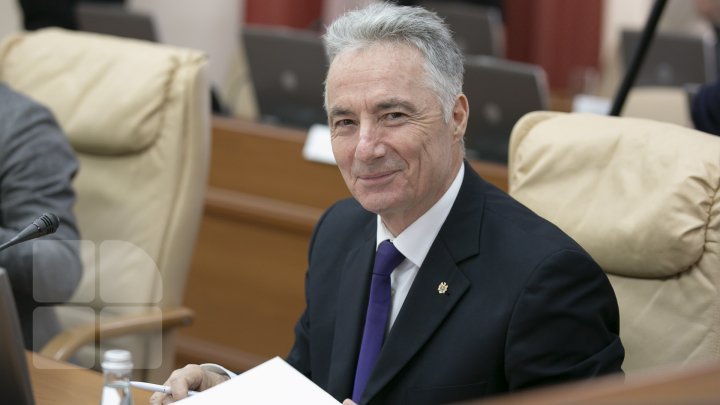 Moldova's Defense Minister Victor Gaiciuc rejects the motion against him out of hand because, in his opinion, its authors just want to stage a show in Parliament. He has written on his Facebook.

"A group of politicians from bloc ACUM are trying to justify the gridlock in the parliament and idea crisis by inventing false pretexts for motions in Parliament.

They filed a motion against me last week, manipulatively using parts of my speech in 2016. I'm glad to see this's what these politicians can do: to look for words in the old speeches which means they have nothing to reproach our government team professionally.

I won't answer to this motion because they are not seeking the answers but staging a show in Parliament. However, I need to clarify the subject they mentioned. I participated in a 2016 national scientific conference "Orthodox Church of Moldova and the state. Faith and knowledge ”, organized by the Academy of Sciences of the Republic of Moldova.

During the event, I spoke about the strength of the army spirit: that their motives to fulfill the military missions is sometimes stronger than the technical endowment they have. I gave an example of small armies in term of number who perhaps are not very technically equipped but highly motivated in the battle. I also referred to Donbas along with other examples.

The motion's authors deliberately quoted a part of my speech and tried to manipulate the public to misled the society by withholding the context.

As a citizen, a Defense Minister and military reserve, I have always respected and will respect the territorial integrity of Ukraine", wrote Victor Gaiciuc.

Publika recalls that ACUM MPs request the resignation of Minister Gaiciuc. He is accused of praising the mercenaries in Donbas and upholding the Russian aggression against Ukraine in a statement previously made in the public, challenging Ukraine's territorial integrity.