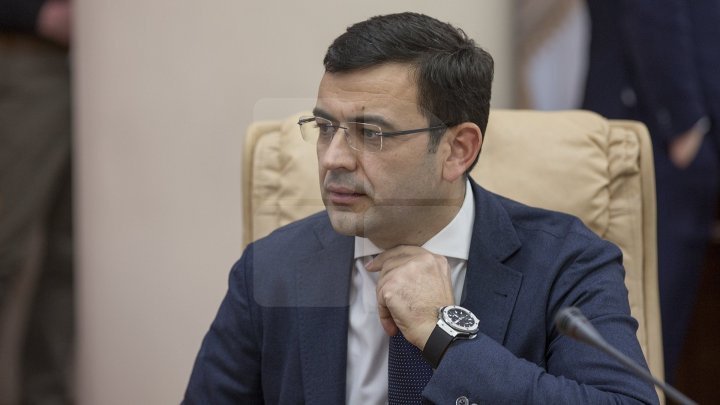 Government has endorsed the legislative package on tax reform today. It provides for stimulating the business environment, increasing the income of the population, reducing the shadow economy, cash-in-hand, tax evasion and undeclared income.

At the end of the meeting, the Minister of Economy and Infrastructure, Chiril Gaburici, came up with some clarification and explained how the economic agents will be controlled after the fiscal reform is implemented.

"It's a project that we've worked a lot. It's the most awaited project by economic agents and businessmen.

We suppose it's complaint or check to the prosecutor that an economic agent did not pay the fees. (Article 244 of the Fiscal Code).

The prosecutor sends the information to the Fiscal Office. The fiscal officer, considering the check (this can come from anyone, competitors, another company or from a citizen), if there are no clear signs to justify this suspicion, he's ll work under the Tax Code, and if no violations have been found, he'll inform the prosecutor and so on.

If violations are found, tax inspectors give a report stating the damage, determine the violation and inform the trader. The economic agent is given 30 days to pay the damage to the state. Plus, he pays the double fine. Then the information is sent to the prosecutor.

It is important to note that this is only done when the economic agent violated for the first time. If the violation is repeated, another procedure is performed.

Another important thing: he is released from criminal punishment and the criminal record is clean.

How do the downloads of documents and data storage devices take place:

Previously, when the Republic of Moldova went through a bigger economic crisis, all the control organs were doing their work more actively, at the same time we had a lot of arrests, searches, computer lifts. This led to the fact that many of the business activities were stopped. We have set ourselves the goal that no matter what happens we do not want the activity of the economic agent to be stopped. We are struggling to keep our business going.

What is the procedure for submitting objects, documents, and data storage devices:

If there is reason to do so, the criminal investigative body must go to the site to make copies or find other methods they can retrieve this information. If, however, there are cases in which they can not do so, they submit some of these information carriers with a very thorough and detailed description to turn them exactly in the same form. The maximum time they can take these items is from 3 to 20 days. It is a pro-business initiative that does not stop in any way the activity of economic agents.

This bill introduced liability to officials who delay or refuse to release permissive acts to an economic agent.

The notion of bail came up: when someone is preventively arrested, he could submit that sum to continue his activity until such a survey lasts, "explained Minister of Economy and Infrastructure, Chiril Gaburici.