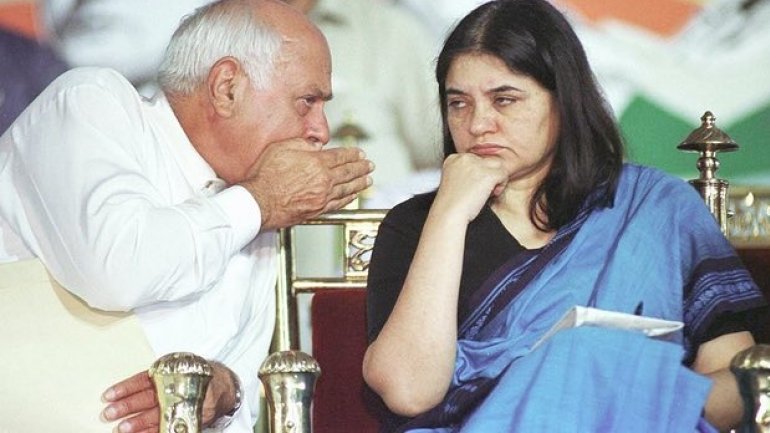 India’s minister for women has been criticized for claiming that the country’s rape and sexual violence problem is exaggerated by the media, driving away tourists, reports The Guardian.

Maneka Gandhi, the minister for women and child development, told a workshop for female journalists that India ranks “among the lowest four countries in the world” for rape cases, according to a number of people in attendance.

Replying to a question about government inaction on rape, the minister said: “I went to Sweden two years ago when, because of the Nirbhaya incident, cases were being reported every day,” the Times of India reported her as saying, referring to the Delhi gang rape which focused international attention on India’s rape crisis.

Gandhi claimed the Indian media’s supposed overemphasis on rape was driving away foreign tourists, who are told that India is unsafe for women. She said: “In those [foreign] countries [rape] does not become big news, as their newspapers don’t report these cases like we do. We have zero tolerance towards rape and our newspapers will write about it everyday.

“Someone said to me that no one wanted to travel to India. I had data with me and I took a look at it and then showed it to him. As per that data in the world, we ranked among the lowest four countries in terms of rape cases. Sweden was No 1.”

According to a survey of global experts in 2012, India was voted the worst place in the world to be a woman, lower even than countries such as Saudi Arabia. Rape often goes unreported in the country. Women who come forward are frequently blamed for enticing attackers by wearing revealing clothing, drinking alcohol or being outdoors after dark. Victims may also face huge social stigma: many are labelled unfit to marry or “dirty” after they have been attacked. Many women who report rape cases to police are turned away and pressured not to speak about it. Marital rape is not considered a crime.

Sweden, on the other hand, has one of the widest definitions of rape and records every rape incident as a separate crime, so if a man rapes a woman 10 times, he faces 10 separate charges. In India separate incidents are lumped together as one charge.