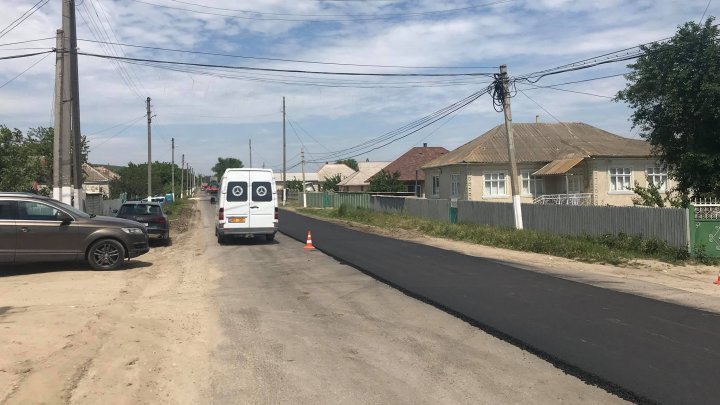 The roads in Hancesti district are rehabilitated within the national program launched by the Government. Minister of Economy and Infrastructure, Chiril Gaburici, inspected a few parts undergoing rehabilitation.

Chiril Gaburici also visited the bus station. People complained that the toilet is in a disastrous state.

The Minister urged those responsible to resolve the matter by the end of July.

Later, Gaburici went with the minibus from Hancesti to the village of Loganesti, his home town. In this way, he wanted to check the quality of newly renovated roads.

"We had talks with the passengers, the minibus people, and they all enjoyed a part of the repaired road" said the Minister of Economy , Chiril Gaburici.

In total, within the program launched by the Government, 1200 km of local roads will be rehabilitated.