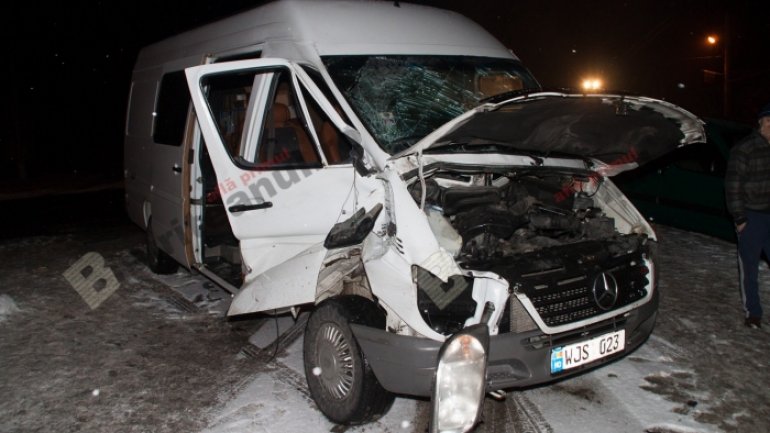 A bus on the route Germany - Moldova was hit by a train heading towards Bistrita-Bargaului. Fortunately, in spite of the powerful impact, none of the passengers were injured. The accident took place yesterday evening.

Apparently, the minibus driver didn't ensure on the road and was hit by a train was on the route Bistrita - Bistrita-Bargaului.

The seven passengers miraculously survived, refusing hospitalization, even though several SMURD ISU crews were on the scene. Moreover, less than 30 minutes later, the Moldovan citizens got into another minibus and continued their way home.

"In the locality Livezile, a minibus driven by a 25-years-old man from Moldova, did not stop at the crossing with the railway, being hit by the train on the route Bistrita-Bistrita-Bargaului. In the result of the accident, only the minibus got damaged. Also, there were no victims" declared Crina Sirb, the spokesperson of County Police Inspectorate.

A driver heading in front of the minibus confirmed the fact that the driver causing the accident did not ensure when crossing the railway and did not manage to see the train and avoid it.

The driver was tested for the alcohol level, the result being negative.