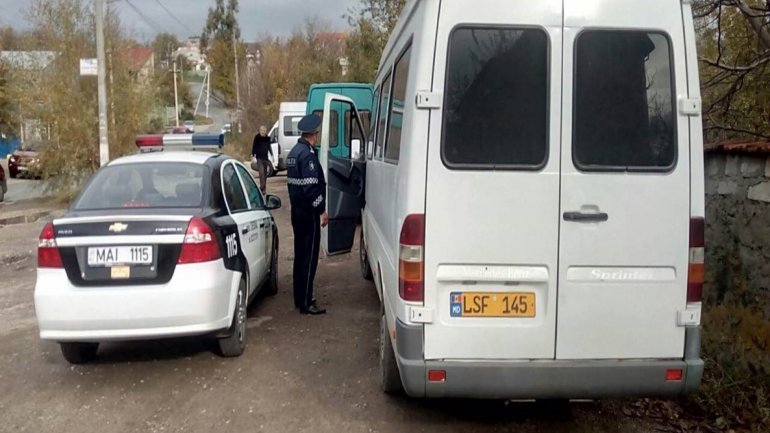 Therefore, officers have checked the vehicles parked at the terminal of the No. 184 route, having opened cases for multiple breaches, for not respecting vehicle's technical exploitation rules.While documenting drivers, officers have notices a minibus parked nearby, the driver being asked to allow his vehicle to be investigate. The man declared that he came to leave the minibus for his colleague, as it was his day off.

He was acting suspiciously and attempted to avoid speaking with law enforcement. The 50-year-old man was taken to the police station for a breath test.

It turned out that the man had 0,75 mg/l of blood alcohol content. The case was registered by the Chisinau Police Department and based on the forensic results the man risks a 15 to 17 thousand lei fine, or 200 to 240 unpaid community work, both cases with deprivation from owning a driver licence or the next 3 to 5 years.

It must be mentioned that so far this year, Chisinau Police Department has sanctioned over 650 minibus drivers for not respecting vehicle's technical exploitation rules, 11 administrator and engineers who allowed faulty vehicles on streets, with 600 to 4 500 lei fines each.