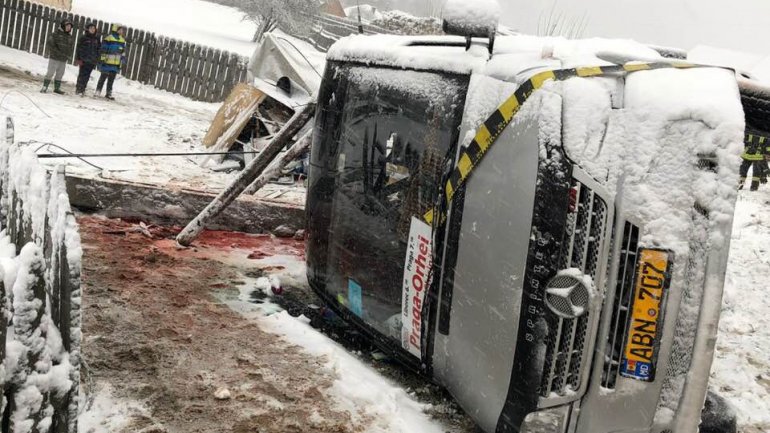 The tragedy took place at 6 am local time, 260 km from Albiţa customs.

"Two police teams were dispatched, from Harghita and Neamț districts. Unfortunately, two people have passed away, a woman and a man"  Raed Arafat, the chief of Department for Emergency Situations, declared.

The transport company representatives claim that the one of the victims who passed away is a man from Durleşti town, Chişinău. The information regarding the second victim was not yet disclosed.

"We have already informed the wife of the deceased, Denis. We have also taken upon ourselves all expenses to ensure that the bodies are brought home" route's administrator Olga Popescu declared.

According to the Department for Emergency Situations from Chisinau, in the hospital from Topliţa  are admitted 5 citizens of Moldova, with different injuries.

The other victims that have not suffered were already taken by another minibus of the company and brought home.

Authorities from Romania declare that the accident happened due to bad weather conditions.

Ministry of Foreign Affairs and European Integration assures that Embassy of the Republic of Moldova to Bucharest is in permanent contact with Romanian authorities.

At the same time, at Prime Minister Pavel Filip's request, a special division was created to establish all circumstances of the accident.

If any of the passengers were a relative, people can call on the number 0 800 909 90 for more information.