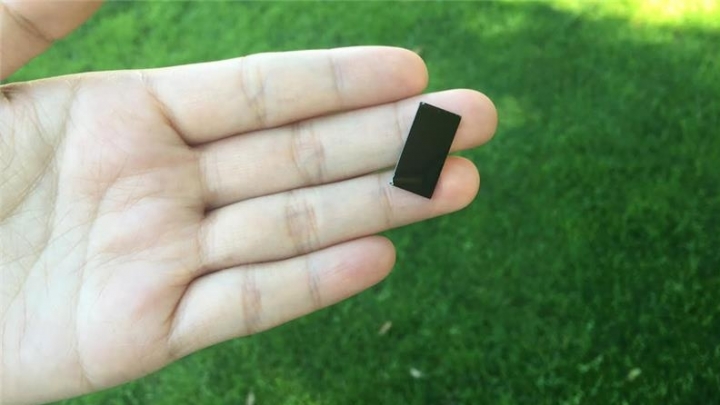 US scientists say they have invented a tiny water-purifying device, which is about the size of a person's fingertip and harnesses light to kill harmful bacteria.

In laboratory experiments, the ultra thin 1cm-by-2cm miniature tablet-like device, which was placed in a water container, killed 99.9 percent of bacteria in just 20 minutes, according to a study published last month in the Nature Nanotechnology journal by a team from Stanford University in California.

"Researchers have always been looking for better ways to harvest sunlight for water disinfection. But traditional photocatalysts (using light to affect a chemical reaction) usually only use the UV part," said project leader Chong Liu, referring to ultraviolet rays, which are invisible to human beings.

Liu's team developed a device that harnesses both ultraviolet rays and visible light at an unprecedented rate to kill harmful bacteria, and the results are "very promising", Liu told Al Jazeera.

"The major advantage is that this material can harvest 50 percent of solar energy. This can greatly enhance the speed of water disinfection. It does not need any additional energy or effort for treating water," he said.

Similar water-purifying devices only harness UV rays, and take up to two days to work, according to the Swiss Federal Institute of Aquatic Sciences and Technology.

The device's main component is Molybdenum disulfide, Liu said, which is a silvery black compound similar in appearance and touch to graphite. Sunlight excites electrons in the device, which then react with water and oxygen to kill harmful bacteria, leaving pure water behind.

Liu said the device has the potential to help people in countries hit by energy and water shortages.

More than 660 million people lack access to potable water sources, and at least 1.8 billion people globally use a source of drinking water that is contaminated by fecal matter, according to the United Nations.