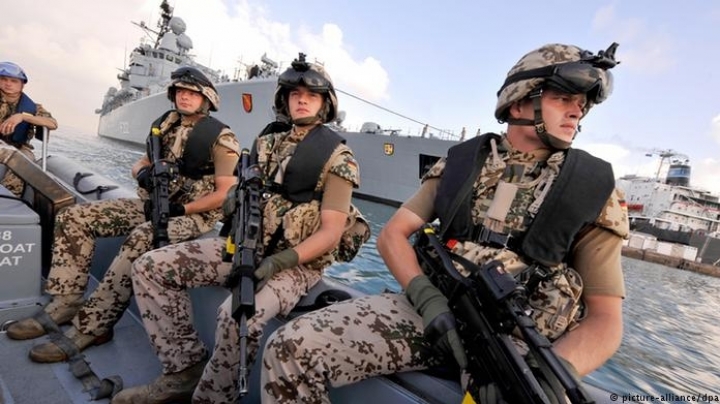 At a time when Europe is grappling with the shock of the Brexit referendum and warily eyeing Russia, Germany's so-called "white paper" on security policy - the first of its kind to be issued in a decade - sees Germany gradually assuming a larger defense role within the frameworks of NATO and the European Union. It also envisions a future defense union of European states.

"Germany is increasingly seen as a key player in Europe," the document noted. According to the paper, which states that Germany is ready to "assume responsibility" and "help meet current and future security and humanitarian challenges," the country has a responsibility to actively help shape the world order.

The 2016 White Paper, approved by the German cabinet on Wednesday, marks a major shift for the country.

For decades, post-World War II Germany was cast in the role of economic giant, but "political dwarf" that long refrained from sending troops abroad in international conflicts. It was not until 1994 that Germany's highest court allowed the country to take part in multinational peacekeeping missions.

Germany now deploys troops to conflict zones, from the Balkans to Afghanistan and Mali, but kept out of the NATO intervention in Libya. In a non-combat role, Germany is part of the international alliance against the Islamic State group.

The Bundeswehr, seen domestically as overstretched, underfunded and beset by equipment failures, is now set to see its budget boosted and will implement its first increase in troop strength since it was a conscript army in the Cold War. Plans call for recruiting nearly 20,000 additional personnel over seven years.