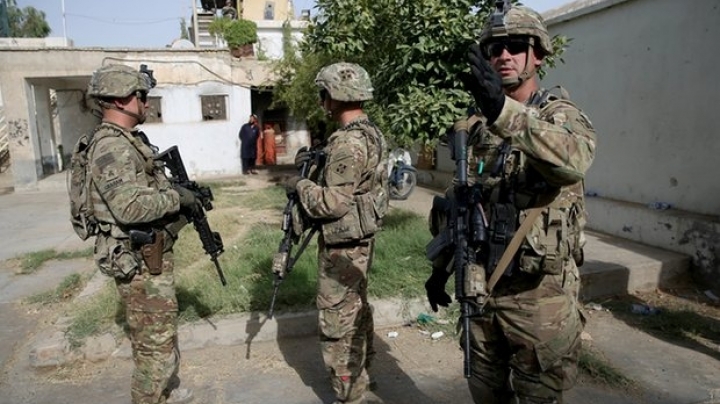 Militants linked to Islamic State have released photos that purport to show weapons and equipment that belonged to US soldiers and were captured by the group in eastern Afghanistan, reports The Guardian.

The photos, which came to light on Saturday, show an American portable rocket launcher, radio, grenades and other gear not commonly used by Afghan troops, as well as close up views of identification cards for a US army soldier, specialist Ryan Larson.

The US military command in Kabul denied any suggestion the soldier had been captured, saying he “has been accounted for and remains in a duty status within his unit”.

American special operations troops have been fighting alongside Afghan forces in a renewed offensive against militants who claim allegiance to Islamic State in Nangarhar Province, which borders Pakistan.

“SPC Larson was attached to a unit conducting a partnered [operation] with Afghan Forces,” US military spokesman Commander Ron Flesvig said in an emailed statement on Sunday. “The soldier’s ID and some of the equipment were left behind after the [operation]. The loss of personal identification is unfortunate.“

In July, US commanders said at least five special forces were injured in fighting in the province.

The website that published the photos speculated that the equipment and weapons were left behind during that engagement, but Flesvig said American officials are still trying to determine exactly when and how it was lost.

The push in Nangarhar came after Barack Obama cleared American troops to take a more active role in fighting militants in Afghanistan. Besides advising work and special operations missions, American aircraft deployed at least 545 weapons in the first six months of 2016.