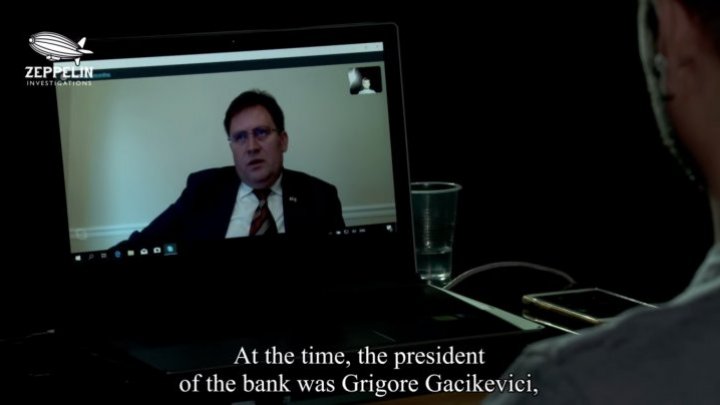 The theft in the banking system of the country was a thoroughly prepared operation in time to block the European path of the Republic of Moldova.

The former Prime Minister Vlad Filat and his entourage were involved in this diversion set forth by Veaceslav Platon at the indication of foreign special services.

The revelations were made by the former deputy Chief of the Anti-Corruption National Service, Mihai Gofman, in an interview for the zeppelin.md portal.

"It all meant logical thinking and organization, and events were set up in advance. The basic goal was to destroy the European vector. Very clear to be. The bureaucrats in Brussels and the Council of Europe did not want to hear us, the question remains, by the way, open. Many people in state institutions were fighting with us", said Gofman.

The former NAC officer explains why Platon was chosen for this diversion.

"The organizer came from the banking system - Veaceslav Platon. He is a person who knows how to orient himself in the banking system, because it is a very specific field and with the financial engineers who can not be seen at first ... and with all the ramifications to the Government, Parliament if you want, etc. ", he specified Gofman.

"Of course, without the bank's shareholders, including the private ones, it was not possible. Do not forget that, however, 56% belonged to the state, managing the assets of Banca de Economii. At that time, BEM President was Grigore Gacichevici, the privates were the Topa brothers", explains Mihail Gofman.

Veaceslav Platon had political coverage in the Government and Parliament, assured by former PLDM leader Vlad Filat to make his scenario.

"When was the big fight to take over the Savings Bank, March-April 2012? Several interest groups fought. Then they won the Filat group, consulted by Platon, Lucinschi, on the pretext that if they were not given the Savings Bank out of the alliance, the information we had in them", said Mihail Gofman.

He also described how Platon and Filat acted in preparing the theft by placing his people in key positions to block the potential of intervention of some institutions.

"We will talk about NAC vice director, Cristina Tarna, who accepted the rules of play of certain interest groups. Why does not anyone ask about the "red button" and why is it mistaken that the deputy Valeriu Guma is the one who would have disconnected the button? There was another deputy, Valentin Cheptene. Do not try to mislead public opinion. In June 2010 he asked the Constitutional Court to cancel this article from the CCECC Act, which was a very serious impediment to the preparation of the robbery of the century, the Laundromat, and so on. And yet not that, but asked that, taking into account the leave period, "please be examined in a priority way", mentioned Mihail Gofman.

The former NAC officer also said that because of his attempts to block fraud, he received numerous threats, and in his wife's car the hose from the braking system was cut off.