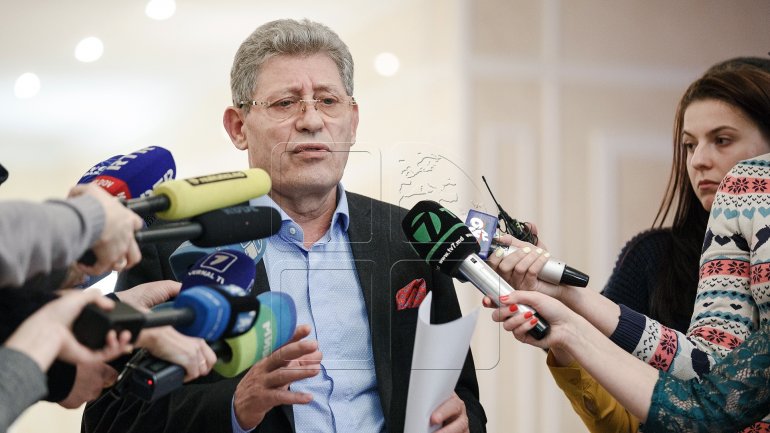 Mihai Ghimpu might withdraw from the electoral race in favor of a pro-European candidate who will promote the unification with Romania.

The announcement was done by the PL candidate in the framework of a press conference.

Mihai Ghimpu declared that he stays in the electoral race until Maia Sandu will accept the proposal to promote the unification with Romania.

"I am withdrawing from the electoral race for the position of president without any specifications. The only request is that the sole nominee to take only one point from my agenda: the unification with Romania. Until the sole candidate will give me an answer, my campaign continues. When I will receive an answer that the candidate will overtake the subject of unification with Romania, we will meet again" said the candidate Mihai Ghimpu.

PUBLIKA.MD reminds that Marian Lupu, the PDM candidate for president has withdrawn from the presidential race in favor of a pro-European candidate who has more chances. The decision was taken at the meeting of the Executive Bureau of the Democratic Party.

Marian Lupu advised his supporters to give their votes for the pro-European candidate who has the biggest chances to win in the second round against the socialist Igor Dodon.