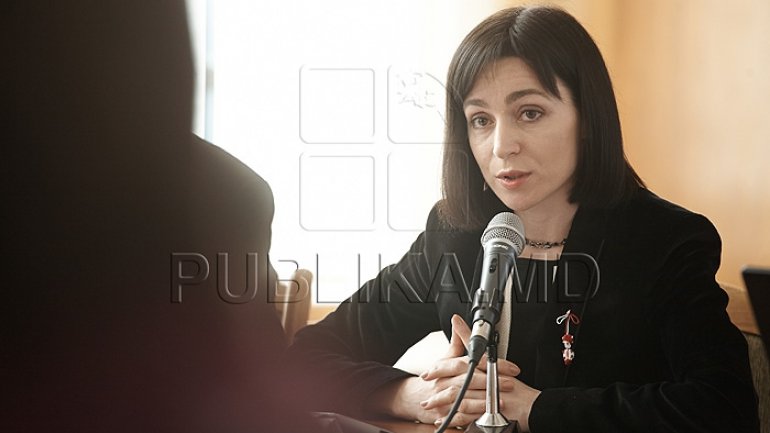 Maia Sandu knew from the start that the money offered by the National Bank will be transformed in public debt. This was declared by the candidate of Liberal Party for position of president, Mihai Ghimpu, during a press conference. According to him, Maia Sandu and the Government from that time were accomplices in the theft from the banking system.

“We have some heroes who say that they voted only to avoid the crisis in the banking system. Maia Sandu knew from the beginning that this money will be transformed in stocks” said Ghimpu.

As an answer, Maia Sandu declared that before commenting her actions, Mihai Ghimpu should ask the former BNM governor, Dorin Dragutanu, what happened with the banking system and for what purpose were requested money in March 2015.

“Mr Ghimpu should address this question to Mr. Dragutanu, how it happened that the banking system was robbed. To present a request to the General Prosecutor’s Office and to request from the prosecutor to fine the BNM governor, if the latter lied when he said that he requested the money to cover people’s savings” declared PAS nominee for president, Maia Sandu.

The minister of Transport Iurie Chirinciuc, former member of the investigation committee, declared at the same conference that in present, in the banking fraud case are seized many assets. Still, the money cannot be accessible until the final decisions in the cases connected are pronounced.

“Until the recovery of all assets there are loans, real estate to be sold. The ones seized have to be returned, but time is needed. Until the end of this process, this difference will remain, I don’t know what it will be, we will see what consequences will be. Now we cannot talk about putting this billion on citizens’ shoulders” said Iurie Chirinciuc.