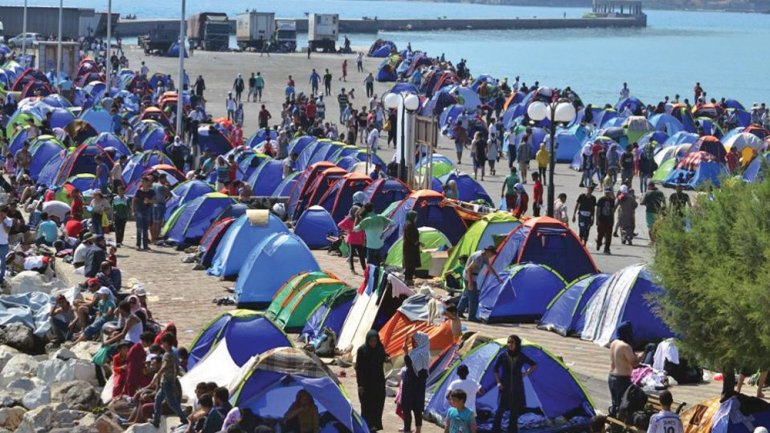 Angry migrants set fire to a camp on the Greek island of Lesbos on Thursday after a woman and a six-year-old child died following a gas cylinder explosion, local police said.

The explosion occurred while the 66-year-old woman was cooking, police said, adding that the child's mother and four-year-old sibling were hospitalised with serious injuries, according to The Telegraph.

In an apparent act of rage, migrants then set fire to the Moria camp on Lesbos, causing significant damage, police said.

Some migrants fled the camp after the blast but had since returned and calm was being restored, a police source said.