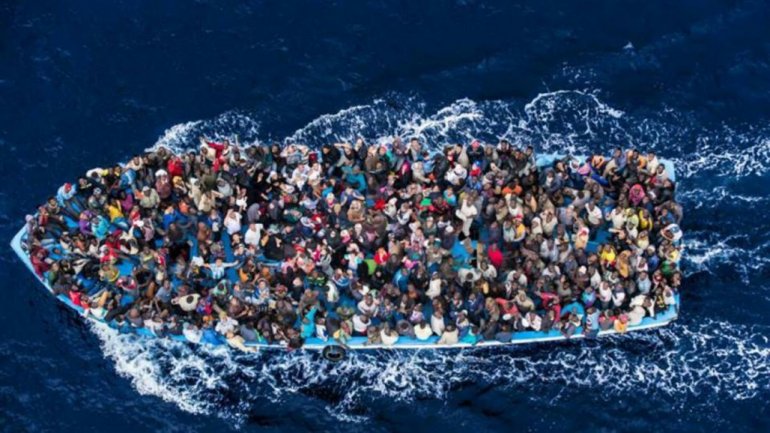 Three times as many migrants have arrived in Spain so far this year compared to the same period in 2016, the International Organization for Migration (IOM) says.

The shift may be because migrants are finding the Spanish route safer.

Earlier this week, footage showed migrants arriving by dinghy on a beach in Cádiz to the surprise of beachgoers.

"We assume that some of the change is due to the fact that the route [to Spain] is considered a safe route up to the coast through Morocco," Joel Millman, a senior IOM spokesman, was quoted by AFP news agency as saying.

"It's possible that Spain will outperform Greece this year," Mr Millman said. "If so, that's a big change."

Many of those opting for the longer route to Europe are from west African countries including Senegal, Gambia, Guinea and Ivory Coast.

Spain is still far behind Italy, which received 96,861 until 9 August, according to the IOM.

Overall numbers have fallen by almost 60% from the same period the previous year.

On Thursday, coastguards in southern Spain said 10 men from sub-Saharan Africa were rescued off Tarifa.