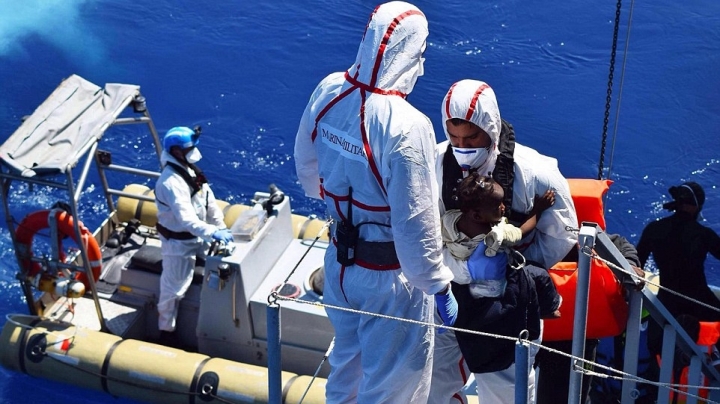 More than 6,500 migrants were rescued from the Mediterranean in the last 24 hours while 460 arrived on the Greek Islands on the same day - despite an EU deal with Turkey to close off that route.

Greek authorities say the number of new arrivals through the Aegean islands of Lesbos and Kos had gone up from 129 the previous day.

The numbers are small compared to those trying to reach Italy from Africa - some 6,500 migrants were saved off the Libyan coast on Monday and more rescues have been made today.

But they indicate a steady inflow of people, five months after the deal with Ankara was agreed. Under the accord, those who cross to Greece without documents from March 20 will be sent back to Turkey unless they apply for asylum and their claim is accepted.

That has pushed the number of migrants and refugees currently on Greece's islands to 12,120 from 5,538 in March. Most are Syrians, Afghans and Iraqis, and they live in overcrowded camps.

According to the United Nations refugee agency UNHCR, 100 people arrived on Greek islands from Turkey a day in August, up from 60 in July. It said 2,307 people arrived through August 23, compared to 1,920 for the entire month of July.