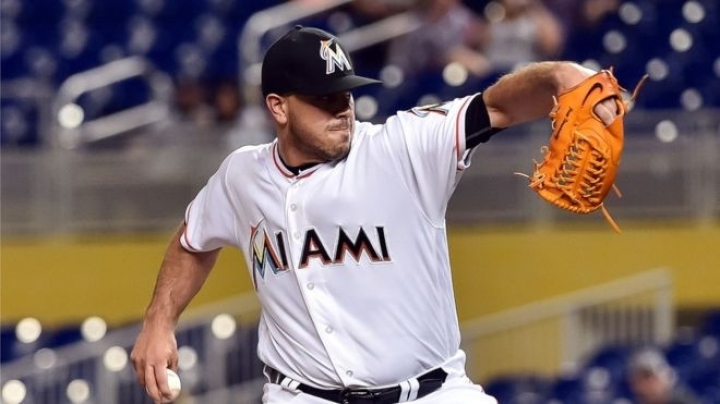 Jose Fernandez, a pitcher for the Miami Marlins baseball team, has died in a boat crash at the age of 24, reports BBC.

The US Coast Guard said Fernandez was one of three people killed in the crash on Sunday, off Miami Beach, Florida.

A scheduled Marlins home game against the Atlanta Braves on Sunday has been cancelled.

The club said it was "devastated by the tragic loss of Jose Fernandez. Our thoughts and prayers are with his family at this very difficult time".

Miami-Dade Fire Rescue Chief Todd Garofalo told local news station WSVN: "They found a boat that was up against the jetties. They did do an initial search and they found three victims - two on top of the water, one underneath the boat and they had unfortunately passed away."

Fernandez shared a picture on Instagram five days ago which appears to show his girlfriend Carla Mendoza pregnant.

The caption reads: "I'm so glad you came into my life. I'm ready for where this journey is gonna take us together. #familyfirst."

Fernandez was the club's first-round draft pick in 2011 and was finishing up on his finest season in the major league, the Miami Herald reported.

He was born in Santa Clara in Cuba but left for Florida when he was 16. He made his debut for the Marlins in 2013.

Scot Drucker, a former baseball pitcher and agent, said it was a "sad day in the baseball world".