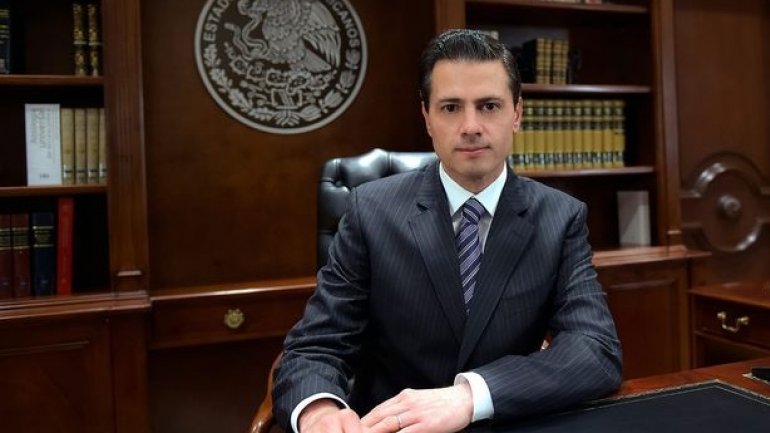 Mexico’s president has once again declared that “Mexico will not pay for any wall” but stopped short of cancelling a visit to Washington after Donald Trump signed executive orders that include building the border barrier.

Enrique Peña Nieto reiterated that Mexico would not put a single peso towards the new US president’s signature project. In a televised address he said: “I regret and reject the decision of the US to build the wall.”

But Peña Nieto did not cancel a trip to Washington – a move many in Mexico had demanded after Trump signed an executive order to start plans for fencing off the frontier.

“I have said time and time again, Mexico will not pay for any wall,” Peña Nieto told the nation in his short video statement on Wednesday night.

He left up in the air the question of the 31 January meeting with Trump in the White House – saying his decision would depend on an evaluation by a team already in Washington and officials at home.

Mexicans reacted to the president’s statement with confusion. Many in the political class had called on Peña Nieto to cancel his meeting after Trump signed the executive order.

Late on Wedneday a senior government official told the Associated Press that the Mexican president was “considering” calling off the visit to Washington, informs The Guardian.

Peña Nieto has encountered sustained criticism for failing to come up with a decisive strategy to deal with Trump’s combative policies.

Trump repeatedly promised a border wall throughout his election campaign but Mexico’s political elite appeared to be hoping that the billionaire-turned-populist politician had been bluffing.

That hope proved misplaced on Wednesday, when the US president signed the order, proclaiming: “A nation without borders is not a nation.”

Trump claimed that “we’re in the middle of a crisis on our southern border”, citing an “unprecedented surge” of illegal immigrants from Central America that was harming both the US and Mexico.

The likely effectiveness of the planned wall is fiercely disputed. More Mexican immigrants have returned to Mexico from the US than have migrated to the US since the end of the 2007-08 financial crisis, according to the Pew Research Center. Research shows that immigrants are more law-abiding than non-immigrants.

Peña Nieto has consistently rejected Trump’s suggestion that Mexico will pay for the border wall and promised to put Mexico first in any negotiations.