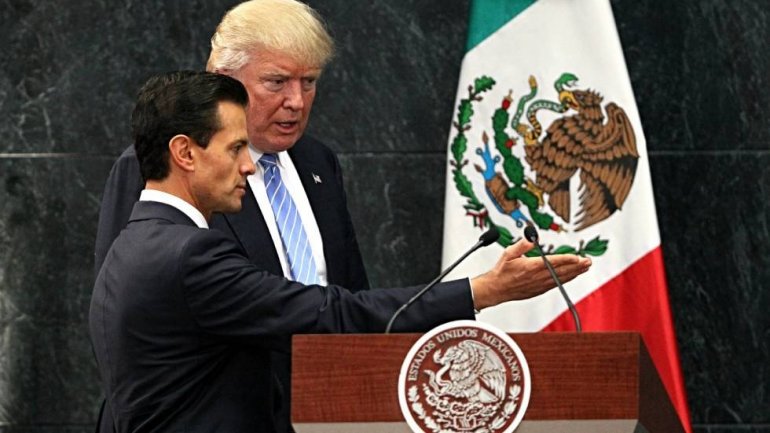 Mexico’s president has cancelled a planned summit with Donald Trump over the US president’s insistence that Mexico pay for his proposed border wall between the two countries, The Financial Times reports.

“This morning we have informed the White House that I will not go to the meeting scheduled for next Tuesday with “POTUS,” Enrique Peña Nieto tweeted in Spanish. “Mexico reiterates its willingness to work with the United States to achieve agreements in favour of both nations.”

The peso sank lower on the announcement, giving up the Mexican currency’s recent gains.

The fresh deterioration in diplomatic relations between the US and Mexico came after the US president tweeted earlier on Thursday that if “Mexico is unwilling to pay for the badly needed wall, then it would be better to cancel the upcoming meeting”.

“The US has a 60 billion dollar trade deficit with Mexico. It has been a one-sided deal from the beginning of Nafta with massive numbers of jobs and companies lost,” Mr Trump added on Twitter, underlining his determination to renegotiate the North American Free Trade Agreement.