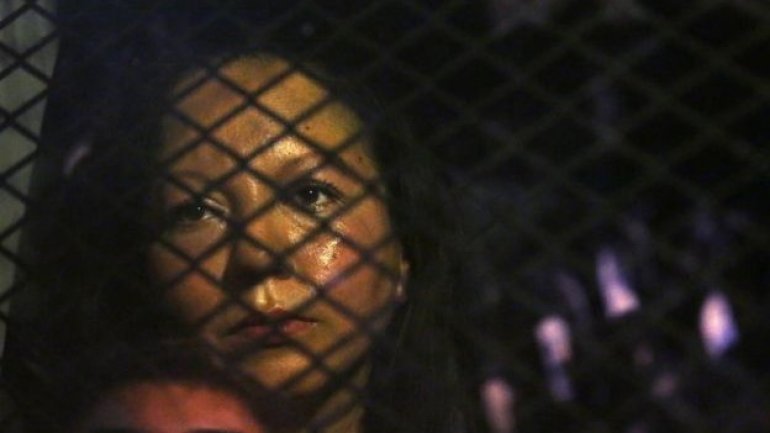 A Mexican woman who lived illegally in the US from the age of 14 has been deported back to her home country, BBC reports.

Seven protesters were arrested as they tried to block the vehicle taking her away from the immigration office in Phoenix, Arizona, where she was held.

Guadalupe Garcia de Rayos, 36, has two children born in the US.

President Donald Trump has promised to crack down on illegal immigrants with criminal records. Garcia de Rayos used forged documents to get a job.

Her husband and two teenage children remain in the US.

She pleaded guilty in 2009. In 2013 she was arrested and issued with a deportation order but was allowed to remain under President Barack Obama's policy of leniency towards undocumented migrants who had entered the US as children.