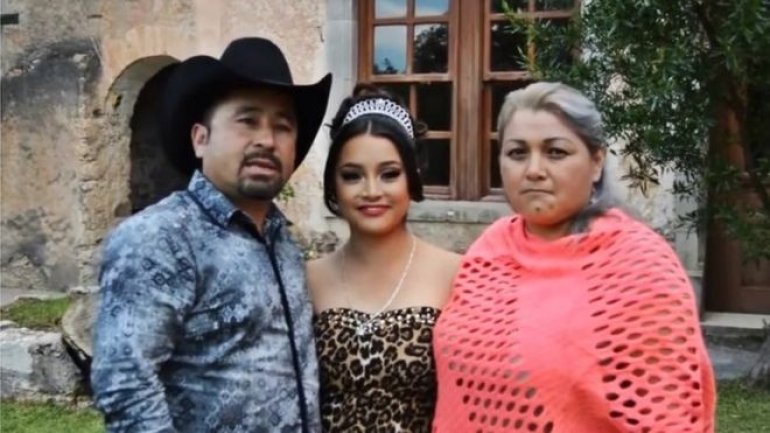 Police will be deployed to a village in Mexico after an invitation to a girl's birthday party went viral and 1.2 million people said they would attend, informs BBC.

A video in which the girl's father says that "everyone is welcome" to the party featuring local bands, a meal and a horse race was posted on Facebook on a public setting.

He said the idea had been to invite neighbors and friends only. But he has since confirmed he would not turn anyone away.

The video shows Crescencio Ibarra standing next to his daughter Rubi, wearing a tiara, and his wife Anaelda Garcia.

"Hello, how are you? We invite you this 26 of December to the 15th birthday party of our daughter, Rubi Ibarra Garcia," Mr Ibarra says, while his daughter smiles.

He then goes on to list the three bands that will play and announces that the winner of a horse race to be held as part of the event stands to win 10,000 pesos ($490).

He ends by saying that "hereby everyone is cordially invited".

A girl's 15th birthday party is a big event in Mexico, as it is seen as the time when she comes of age.

Lavish parties with live bands are not unusual and girls traditionally wear puffy dresses, tiaras and make-up as they are "queen for the day".

It is not clear why this particular video went viral and was shared more than 800,000 times and prompted countless memes and imitations.

Mr Ibarra said that when he found out about the mass interest in their daughter's party and how some had poked fun at their rural ways he had been "sad" for two days but that the family had now got used to the idea and that the party would go ahead in a field outside the village of La Joya, in the state of San Luis Potosi.

Local lawmaker Roberto Alejandro Segovia Hernandez said police would be deployed to the village and the roads leading to it to ensure safety in case the crowds who said on Facebook they would attend really did descend on La Joya.

But even that announcement prompted fresh memes.