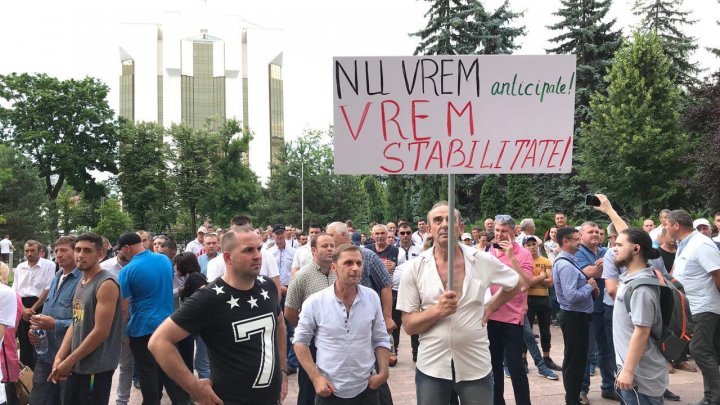 Asked by Publika reporter, protesters explain why they gather in front of Parliament.

"We want a stable government, stable parliament, leaders who will work for people. We hate early elections".

"We're disappointed that politicians fail to form a government and work nothing for three months. They only want positions and avoid works as PDM have proved. That's why I'm here".

"We want that Nastase and Ghimpu to leave in Romania and PDM-PSRM to form an alliance".

"We're to make clear with politicians we voted in February. They did nothing during three months. We don't want early elections. They must work and we want reforms so that we can develop further on our country and enhance our roads."

"We're here to support PDM and good projects they already begun. We want stability in the country. Maia Sandu and Andrei Nastase are thieves and want them to leave the country", said a protest participant.