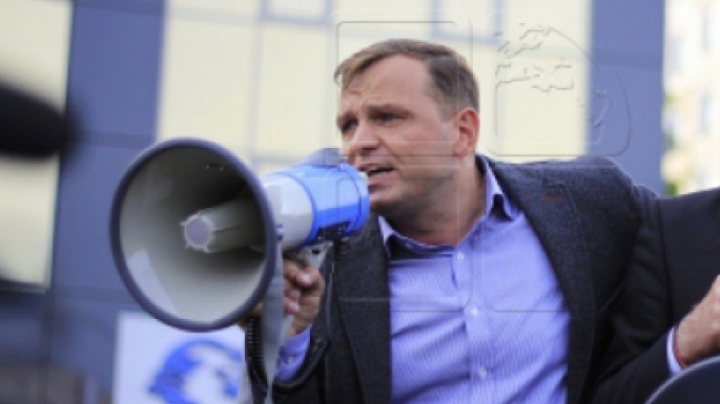 “Mr. Nastase, you are not welcomed in Paris. You stole our last hope”. This is the message of representatives of Moldovan diaspora in France, addressed to the leader of DA Party, Andrei Nastase, financed by Topa mobsters. A video with this message was loaded on social networks.

Revolted that the leader of DA Party of fugitives Topa is planning to have a meeting with Moldovan diaspora in France on 18 september 2016, one of our conationals has addresses this message to Andrei Nastase. Alexandru Levitchi claims that Nastase is a manipulator, who is using the citizens to get to power and to reach his evil goals.

“Andrei Nastase came to fool us, as he is fooling the persons from home, and to manipulate us as he is manipulating the people in Moldova.  He came to steal the last hope we can have” declared Alexandru Levitchi.

It is not the first time when Andrei Nastase is booed by our conationals abroad. In August, the leader of DA Party of Topa mobsters went to Moscow to ask for the support from Moldovans living in Russia for his nomination to the presidential elections, but he was aggressed by them.

Finally, the leader of Dignity and Truth Party was bound to leave defeated the meeting with diaspora members. At that time, the media was writing that the visit of Nastase in Russia was organized by the leader of “Our Party”, Renato Usatai, in order to mediate the meeting of Nastase with the criminal The Bulgarian.