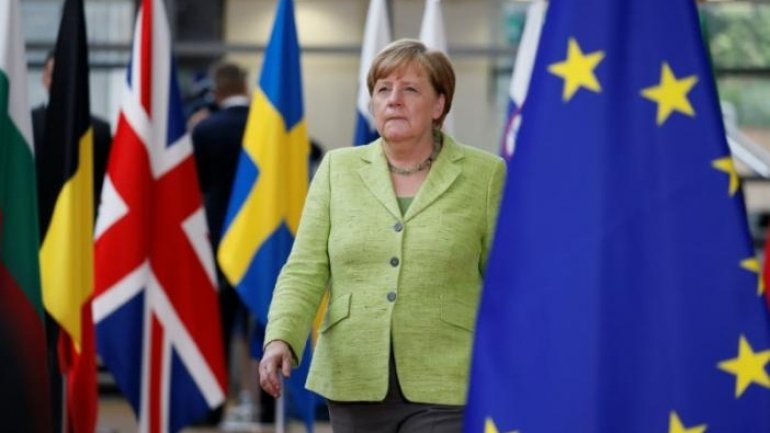 German Chancellor Angela Merkel's conservatives widened their lead over the Social Democrats (SPD) to 15 points in a weekly opinion poll by the Emnid institute published on Sunday, three months before the Sept. 24 election, according to Reuters.

The Christian Democrats (CDU) and its CSU Bavarian sister party were steady at 39 percentage points in the Emnid poll published in Bild am Sonntag newspaper, while the SPD fell one percentage point to 24.

The SPD had surged from 16 points behind the CDU/CSU in mid-January to a 33-32 lead in mid-February after nominating Martin Schulz as chancellor candidate. The SPD held even with the CDU/CSU at 33-33 until early April before falling behind.

Despite the widening lead, Merkel's CDU/CSU is far short of a majority and might have a difficult time finding a junior coalition partner. Their preferred partner, the Free Democrats (FDP) were steady at 7 percentage points in the Emnid poll.

The pro-environment Greens, who could form a center-left coalition with the SPD or a center-right alliance with the CDU/CSU, were up 1 point to 8 percentage points. The far-left Left party were steady at 9.

The far-right Alternative for Germany (AfD), ostracized by the other parties and without any coalition partner options, was steady at 8 percentage points.
AFLĂ imediat Știrile Publika.MD. Intră pe Telegram