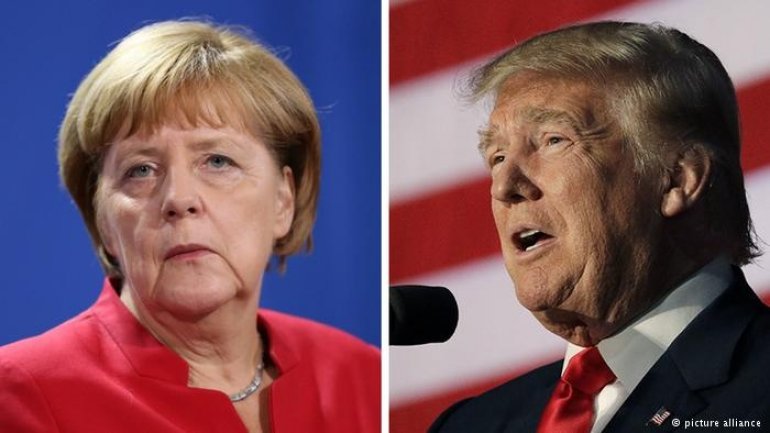 Angela Merkel seemingly had to explain the Geneva refugee convention to Donald Trump during a phone call.

Mr Trump has signed an executive order to ban immigration from Iraq, Syria, Iran, Sudan, Libya, Somalia and Yemen for 120 days and the German Chancellor said she “regrets” the move.

The German Government also said it would examine the effect the ban would have on its citizens with dual citizenship and present the case to Mr Trump’s team.

“The chancellor regrets the US government’s entry ban against refugees and the citizens of certain countries,” Ms Merkel’s spokesman Steffen Seibert said in a statement.

“She is convinced that the necessary, decisive battle against terrorism does not justify a general suspicion against people of a certain origin or a certain religion.

“The Geneva refugee convention requires the international community to take in war refugees on humanitarian grounds. All signatory states are obligated to do. The German government explained this policy in their call yesterday,” he added.