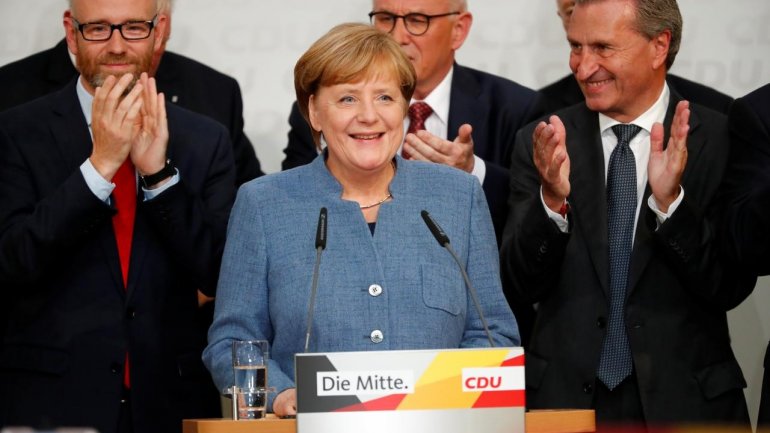 Angela Merkel has won a fourth term as German Chancellor, but with her party's lead in parliament cut and the country facing a surge in support for the far right.

Exit polls predicted the far-right Alternative for Germany (AfD) would become the third-largest party in the national parliament, the Bundestag, as German voters delivered a stinging blow to the traditional parties.
Merkel's CDU and its sister CSU had their share of the vote slashed. Germany's oldest party, the SPD, which had been in a "grand coalition" with Merkel, was consigned to opposition.
Addressing her supporters, a subdued Merkel said the result gave her a "mandate" to govern but that the AfD's success would require "thorough analysis" to understand the concerns of their voters.
SPD leader Martin Schulz said the result was a "bitter disappointment" and the party would return to opposition. He lamented the success of the AfD, adding that it was a watershed moment.
Read more CNN
AFLĂ imediat Știrile Publika.MD. Intră pe Telegram