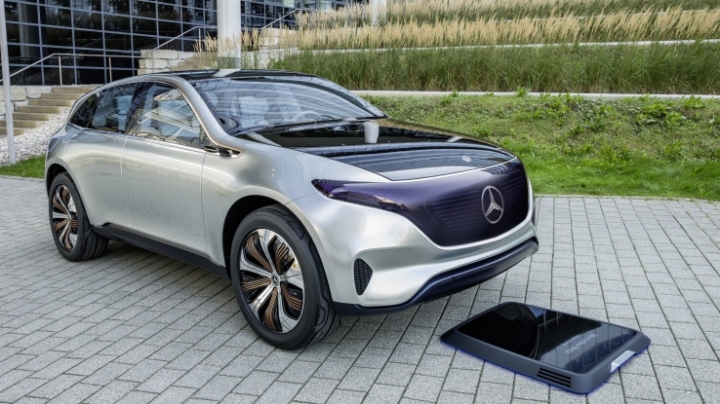 Mercedes-Benz is trying to play with your emotions with its new electric vehicle concept, debuted at the Paris Motor Show today, Techcrunch informs.

The “Generation EQ” it unveiled is a sporty SUV design, which is reminiscent of the Tesla Model X in its lines and overall look. It has a dual electric motor drive train, and a theoretical max range of around 310 miles, thanks to a scalable battery systems that maxes out at a total storage capacity of 300 kW.

As carmakers are wont to do, Mercedes-Benz gets pretty deep in the weeds in terms of flowery marketing language and aspirational visions of an idyllic future when describing the thinking behind the design. Cutting trough some of that crap, the basic takeaways are that the body design is supposed to look sporty, while also reducing drag for max power efficiency.

Inside, there’s a huge display for the driver, plus seats and interior lighting that evoke nothing quite so much as Tron. Seat and internal structure design also look to be pared down with an eye to minimizing weight and maximizing effective use of the electric battery powerhouse. Like Volkswagen with its I.D. concept, Mercedes has decided to scrap the conventional wing mirrors in favor of cameras and displays integrated into the doors for views behind the car.

It’s probably a little too sci-fi for most, but I like the design of the EQ. But again, this is a concept vehicle – it likely won’t look like this if and when it ships as a production car. Still, it’s interesting to see where Mercedes believes transportation is heading, since if it truly believes in those four pillar concepts and pushing them forward, we’ll have a very different view of car ownership by the time the EQ hits the road.